Creamy, aromatic, and an amazing way to start your new year 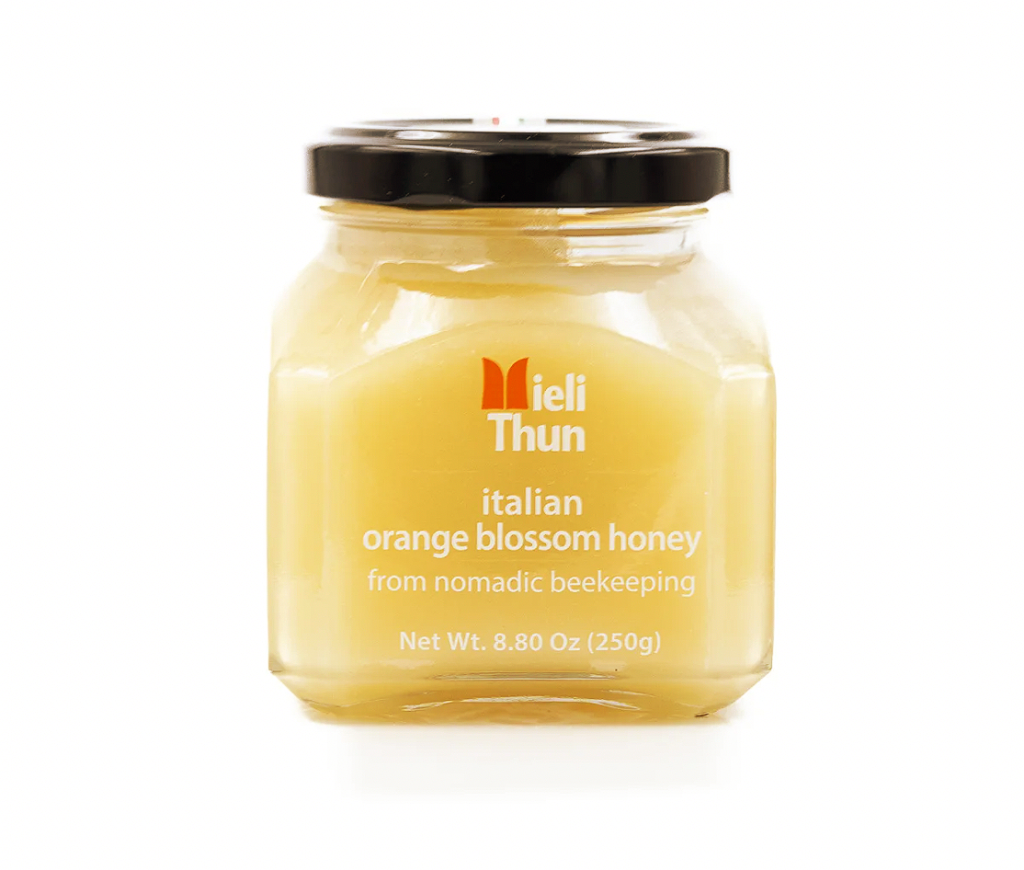 Back in 1938, when written recipes for Key Lime Pie were just starting to appear in print, and shortly after Florida’s most famous writer, Zora Neale Hurston, published her now-classic, Their Eyes Were Watching God, a musician by the name of Ervin Rouse published a piece of bluegrass music. Rouse named it for the new super-luxury rail line that had begun running down to Florida. All these years later, “Orange Blossom Special” is one of the best known bluegrass tunes of the 20th century.

This piece here is about a very special Orange Blossom honey, the flavor of which is so fine that it stays in my head as much as the rhythm of Ervin Rouse’s old fiddle tune. Grace Singleton, long-time co-managing partner at the Deli and a BIG lover of traditional honeys, reached out specifically to tell me how darned good this new arrival is. I bought a jar, brought it home, and Tammie has been talking about how terrific it is ever since! I agree with both of these wise women.

For many years now, the folks at Mieli Thun have been making it possible for us to try some of THE best tasting honeys in the world. Their business is based in the town of Thun, in the Trentino-Alto-Adige region of northeastern Italy, about halfway between Trento and Bolzano, but they gather old style honeys from all over Italy. This one comes from hives located in the southern half of Italy, reaching all the way from the island of Sardinia in the west across to Puglia in the east. While modern supermarket honey is an industrially innocuous offering—sweet without really having any flavor—old time honeys like this one, traditionally gathered and carefully bottled, are akin to fine wine. Their flavors are complex and compelling; each blossom, each region and each year’s harvest will yield different flavors, aromas, and textures. Great honey, to my taste, is one of the most magical and marvelous foods on the planet.

Andrea Paternoster is the man who made Mieli Thun what it is. He began his beekeeping on his family farm, but he found his vocation as a traveling beekeeper. Sadly, Andrea was killed in a car accident 18 months ago. The team at Mieli Thun has carried on even after the loss of their leader. They have their Futurist Honeys Manifesto in hand to guide them. (The title is drawn from The Manifesto of Futurism by Filippo Tommaso Marinetti in 1912.) They offer only what they call “nomadic honeys”—honey gathered as has been done for millennia by men and women moving beehives to where the blossoms (and hence the bees) are at. It’s worth reading the whole thing, but I’ll highlight this bit here:

Limited beekeeping has definite rules: it must be done manually, and industrializing production is difficult. The quantity of honey produced is limited to what the surrounding land can give, and not a drop more can be had unless mother nature allows it. limited and seasonal, with reduced production areas and fewer blooms and inclement weather all pose almost insurmountable obstacles to production. Anarchist beekeeping isn’t bound by the usual economic rules, being the ultimate lesson in patience and following cycles. … The resulting selection of honey captures the pure fragrance and flavor of the hills, forests, and pastures of Italy.

Mieli Thun’s Orange Blossom Honey this year (it’s not always the case) is very thick, almost creamy white in color. It has an exceptional aroma that hints of fresh orange blossoms, honeysuckle, and melon. Putting together a bunch of the things I’ve been writing about, try some of the orange blossom honey spooned atop the Bellwether Farms Ricotta we have at the Cream Top Shop or mixed into Bellwether Farms Yogurt (both made solely from Jersey milk in northern California, are terrific!). Try it for a sweet noodle dish—ricotta, honey, and some toasted almonds tossed with freshly-cooked egg pasta! Great, too, if you like to sweeten your coffee a bit. I often eat a spoonful before I head out on a run. Very special stuff to sweeten up your day!

> ORANGE YOU GLAD WE HAVE THIS HONEY?