A taste of southern Florida at Zingerman’s Southside 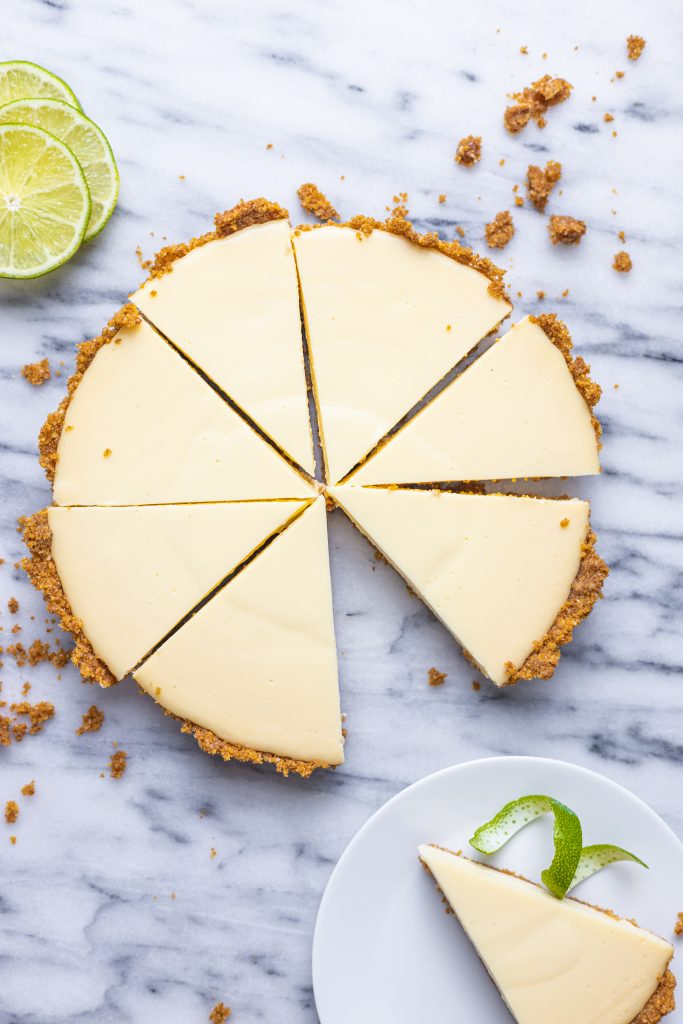 A classic of the Florida Keys that relies on the distinctive juice of the Key Lime, Key Lime Pie became the official state pie of Florida in the summer of 2006. While Florida politics have been rather … controversial in recent years, Key Lime Pie seems like something people could come together around. Most everyone I’ve met seems to love it!

What we now call Key Limes likely originated many centuries ago in Malaysia. They are also known around the world as West Indian Limes, Mexican Limes, Bartender’s Limes, or Omani Limes. Culinary historians believe they came to the Americas with Spanish invaders sometime in the 16th century. What’s Cooking in America says, “Key Limes look like confused lemons, as they are smaller than a golf ball with yellow-green skin that is sometimes splotched with brown.” They’re smaller, seedier, and have a much bigger aroma than the much greener and larger Persian Limes you might purchase at the supermarket.

Looking back in culinary history, Key Lime Pie seems somewhat reminiscent of the old British/Colonial American versions of vinegar pie, and also the use of lemon curd, or “lemon cheese” for filling tarts and pies. There are stories of Key Lime Pie being served in the late 19th century, but the first known written recipes don’t show up until shortly before WWII in the 1930s. Stella Parks, writing in BraveTart: Iconic American Desserts, shares some of the pie’s history:

The dessert wasn’t created in the Sunshine State, but by the Borden condensed milk company in New York City. Thanks to a wave of advertising by the condensed milk company, the recipe for Magic Lemon Cream Pie most likely made its way to Florida sometime in the 1930s and ’40s. There canny pie makers modified the recipe, swapping lemons for Key West’s sweet-tart limes.

Despite the dessert’s immediate name recognition, there’s certainly no shortage of theories surrounding its origin or its ingredients. No one can pinpoint when lime pie first showed up in the Keys. Developed by early Bahamian settlers, Key lime pie appears to have been around for more than 100 years. Debating the history, though, is child’s play compared to the arguments that can erupt over the mechanics of the pie. … You could probably incite a riot discussing Key lime pie’s topping and crust…

Wherever you land on all of the above, one thing that’s universally agreed on is that condensed milk is critical to the quality of a Key Lime Pie—essential to its existential being. In its modern canned form, condensed milk is an industrial innovation, but in practice, goes back centuries. The Tatars—the native people of the same Crimean peninsula that’s now front and center in Russia’s violent efforts to take over Ukraine—have records of it in the late 13th century. (Here’s a good essay by Timothy Snyder on the fascinating, often tragic, history of the Crimean Tatars.) Nicolas Appert, the innovative French druggist who was the first to figure out how to effectively can sardines, came up with a way to condense (and preserve) milk early in the 19th century. Gail Borden Jr. figured out an even more effective process and rolled it out commercially in 1853. Previously, fresh milk could not be kept for more than a day or so (other than in the form of cheese). Demand for condensed milk boomed during the Civil War. It became particularly popular in the Florida Keys—being well off the beaten track and far from anyone’s dairy farms, the islands didn’t have a regular supply of fresh milk until the 1930s.

At the Bakehouse, we do indeed use only real Key Lime juice and plenty of condensed milk. The citrusy custard, sitting atop the graham cracker crust, makes for some pretty compelling eating. Serve a slice of Key Lime Pie with whipped cream, if you like. Pick up a whole pie to serve for dinner at your house. You’ll brighten a dark winter day and enjoy some wonderfully tart, sweet, ethereal and excellent eating!