A terrific, healthy, tasty treat with a bit of a strange story 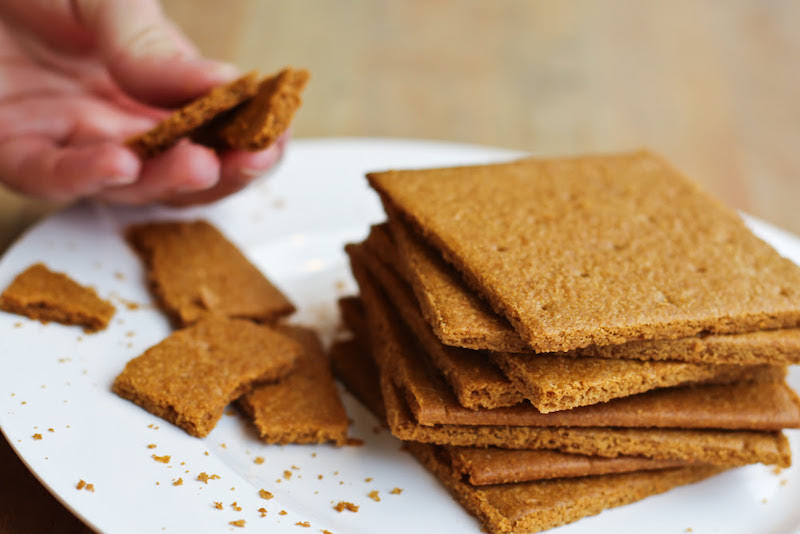 One of the things I love about the food that we do here in the ZCoB is that we’re so often able to take seemingly mundane, run of the mill, everyday foods and, by using well-written recipes, good technique, and much better ingredients than anyone else is willing to, we can turn them into something really extraordinary. The cream cheese from the Creamery, grits, oatmeal, oatmeal raisin cookies, Zzang bars, and bagels are just a few of the things that come to mind. They’re all the sorts of things that one can easily take for granted in life, but, when you eat a really well-made version of it … all of a sudden you realize there was more than you might have let yourself remember.

While almost every American will know of Graham Crackers, very few folks know their history. Sylvester Graham was an ordained Presbyterian minister who spent most of his life advocating the advantages of healthy diets. He pushed for increased consumption of fresh fruits and vegetables—not a common thing back in the first half of the 19th century in the US—and he was high on whole grains. In other ways, though, he was rather … out there. He was also nearly obsessed with getting people to forego sex, and he was adamant that too much black pepper would make you crazy!

Back in the 1830s he made a whole grain brown bread, called Graham Bread, that was supposed to help you stay calm. This was soon followed by a recipe for Graham Crackers. Both were supposed to calm/repress your … passions. (Graham’s theories were embraced, rather passionately, at Oberlin College. Historian Samuel Magida shares, “An entire college was eating Graham Crackers and water day in and day out.” One professor was fired for putting black pepper on a dining table!)

Our Graham Crackers are made with butter, Demerara sugar from Mauritius, clover honey, Indonesian cinnamon, fresh eggs, some sugar, and a little touch of ground ginger. They taste terrific on their own, with coffee, tea, and hot chocolate. Great for school lunches or work as a pick-me-up (during a long Zoom call?). You can crumble the Graham Crackers onto gelato. They make a wonderful crust for cheesecake. They’re great with cream cheese and lemon curd or jam. My favorite thing to do with them is simply to eat a small bit of one paired with great dark chocolate. It takes about twenty seconds to put the two together, but you’ll end up with a world-class bite of sweet complexity to raise the quality of your day! Of late I’ve been very high on Shawn Askinosie’s Amazonia bar, and also the Marou bar from Vietnam that’s made with Vietnamese coffee.