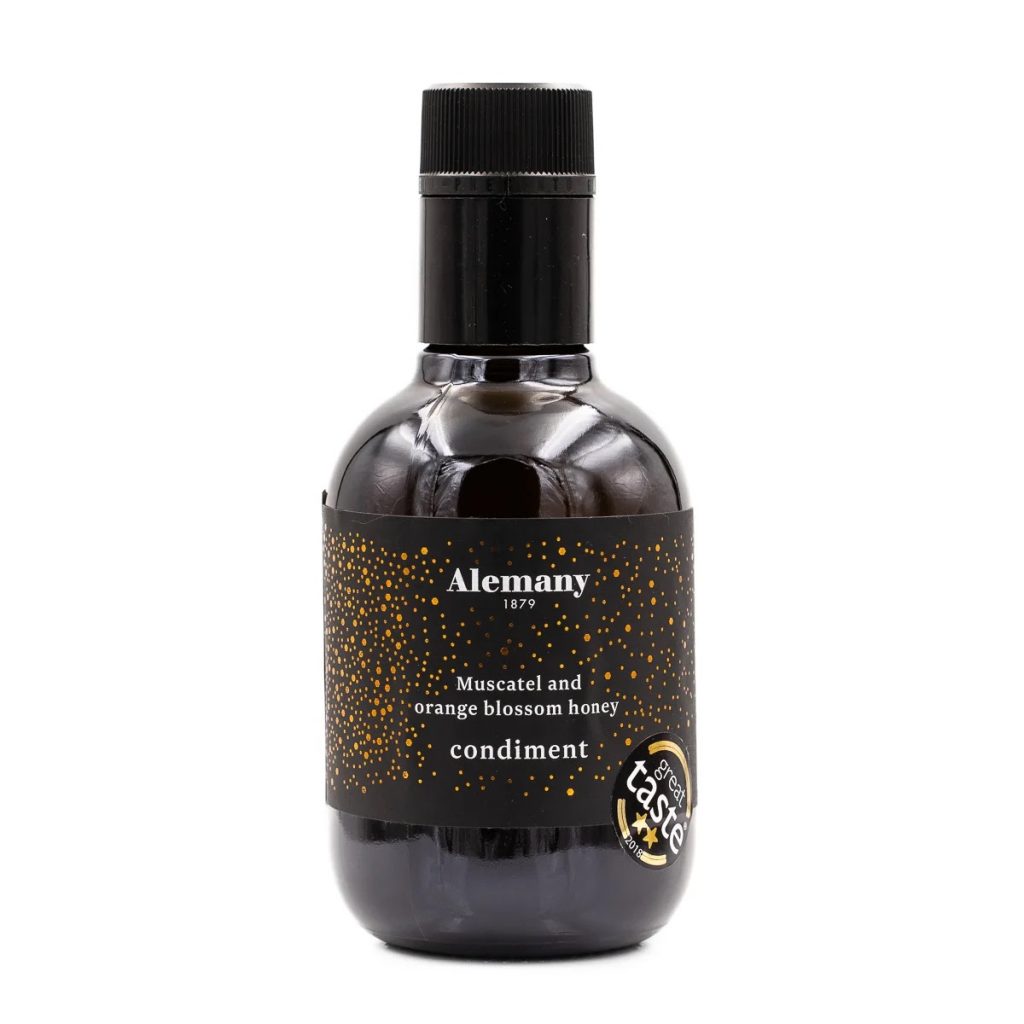 The Alemany family began to sell honey and honey-based confectionery all the way back in 1879. One hundred twenty-three years and five generations later, they’re still at it. Located in the small town of Os de Balaguer, about half an hour north of Lleida in Catalunya, they travel all over Spain to gather the best single blossom honeys when they’re in season. The village has only about 300 residents, which means the Alemany family and their artisan workshop has been very much at the center of local life for nearly a century and a half now. The family crafts a whole range of honey-based confectionery like turron.

A few years ago, they began to collaborate with an artisan vinegar maker in the region to make this amazing orange blossom honey and muscatel wine vinegar. The honey comes from the south of Catalunya, from the orange groves of Valencia. The Muscatel grapes are grown closer to Os de Balaguer. They work only with local growers of organic Muscatel and then natural conversion of the grape juice is done to make the vinegar. The vinegar is neither filtered nor pasteurized, so it remains very much as it might have been back in 1879. For those who are sensitive to sulfites, take note that none are added.

The Muscatel and Orange Blossom Honey vinegar is easy to use. Super tasty on salads of all sorts. A delightful addition to tomatoes this time of year, and really fine on fruit salad. The vinegar pairs well with blue cheeses and nuts for salad, and it makes a deliciously refreshing drink mixed simply with some soda water. And it’s nice for deglazing chicken, scallops, duck, or shrimp. If you like vinegar on the sweet side, but are ready for a good change of pace from Balsamic, this new Muscatel and Orange Blossom Honey vinegar could be just the ticket.

> COME TRY SOME FOR YOURSELF!