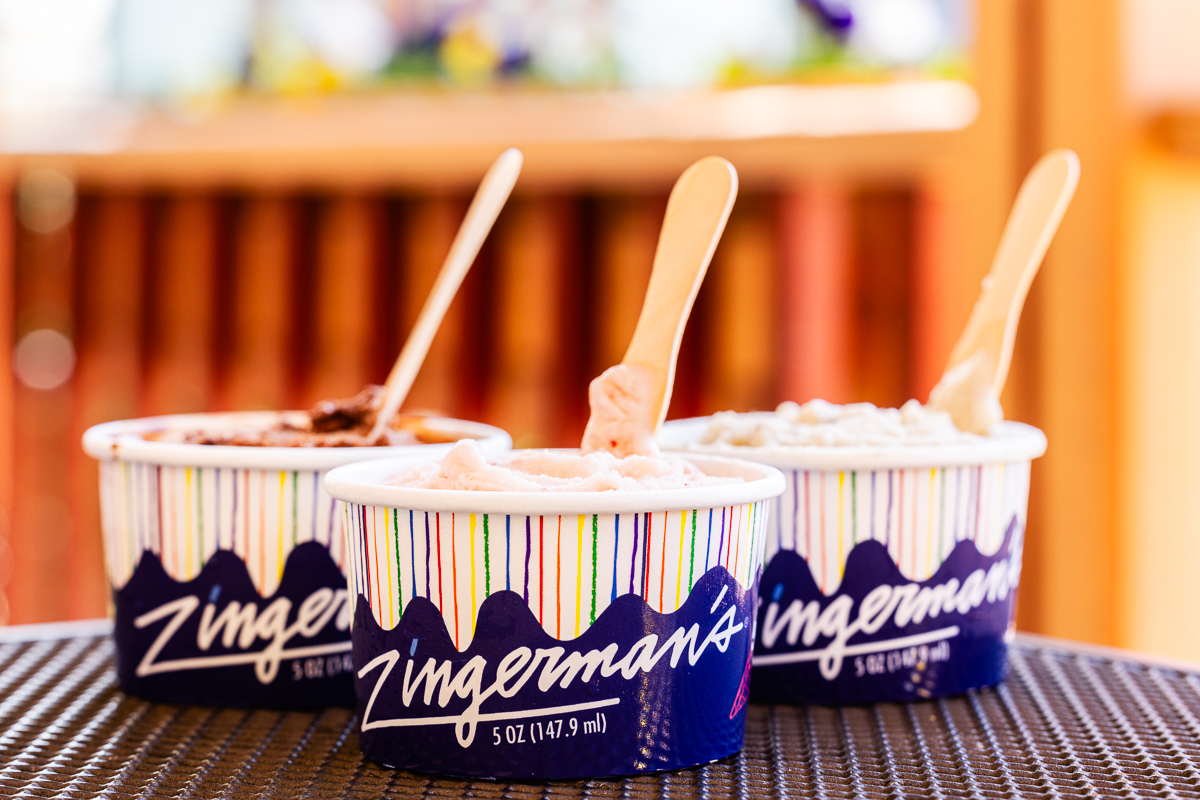 I kid you not—one of the things I verified on my trip to Sicily one summer was that they really do eat gelato first thing in the morning. Gelato for breakfast is a regular item on the island. It’s offered in most every café; young kids, teenagers, and even very serious adults eat it all the time.

You might think this sort of early AM gelato consumption sounds too good to be true, but I saw this with my very own eyes. I even had to have one myself. When you eat gelato for breakfast, take note that it comes neither in a cone nor in a cup, but in what Italians refer to as “brioche,” a soft, slightly sweet roll into which they slide a nice serving of cold gelato. (Despite the similarity of name, these are not the same as what the French refer to as brioche—the Italian version is made with malt and vanilla. If you aren’t ready to eat one with gelato, they’re also excellent dipped into your morning cappuccino!)

The more I thought about this gelato for breakfast concept, the more it seemed like a natural thing to do—I mean, we drink caffe latte in the morning and lots of folks put in plenty of sugar. So if you take an iced latte one step colder, you get … coffee gelato, right? And if you can have coffee gelato for breakfast, why not some other fine flavor? Heck, gelato in the morning could be the biggest breakthrough in American breakfast eating since we started serving cold cereal in the 19th century.

If this makes you want to visit Sicily, that’s very understandable. The island is one of our destinations with Zingerman’s Food Tours! But if you’ll be hanging around Ann Arbor, we have gelato for breakfast right here, right now. Could be a really good way to bring a little morning cheer to all our days. Buon Giorno and Buon Appetito!

A Guide to Good Gelato

What is gelato? And how does it differ from ice cream?

First and foremost, gelato has a bolder flavor than ice cream. When you put a spoonful of Coffee Gelato in your mouth, the first thing that strikes you is an intense coffee flavor. If you think of coffee ice cream as a cappuccino with its coffee-flavored milkiness, then think of coffee gelato as espresso; a concentrated and intense flavor experience.

Why are the flavors more intense?

Gelato has less air than ice cream. Conventional ice creams can contain as much as 50 percent air as their volume. Zingerman’s gelato has only 10 to 20—that means that a little bit of gelato goes a lot farther than a big scoop of ice cream. Gelato also boasts a softer texture than ice cream. Instead of scooping rock hard ice cream, you’ll find our gelato melts almost immediately in your mouth, leaving lots of flavor and a wonderful finish.

How does Zingerman’s Creamery gelato differ from all other gelato you can get around here?

2) Italian equipment. We’ve brought over special equipment from Bologna, Italy that’s designed to blend in a minimum of air (see above) during the carefully timed freezing process. Many so-called gelatos in this country are made using ice cream machines and are inadvertently incorporating air equivalents to ice cream and are therefore producing a hybrid of gelato and ice cream. This special machinery allows us to produce an authentic Italian gelato in Ann Arbor.

3) Freshly made. Because we’re working in small batches right here in the Ann Arbor area, Zingerman’s Creamery gelato will always be far fresher than pre-packed product shipped halfway across the country. And with gelato, freshness really does make a difference.

4) Tons of taste tests. We research and test each flavor in blind taste tests to determine which makes the most intensely flavorful recipe.

How do I know a good gelato when I taste one?

Trust your taste buds. Taste a little of it. If it doesn’t scream out the flavor, it’s not a good gelato. It may be an OK ice cream or something similar, but it’s not good gelato. We joke that when we do a tasting, we give samples to ten people; if three people tell us the flavor is too strong, we double the flavoring and know we’re close. We want big, intense, exciting flavors.

> TRY SOME GELATO FOR BREAKFAST NEXT TIME YOU STOP BY THE NEXT DOOR CAFE!

> TAKE HOME A PINT AND START YOUR MORNING OFF AS IF YOU’RE IN ITALY!