I can’t remember when we first started making these holiday treats. What I do know for sure, though, is that over the years Spiced Pecans have become a Zingerman’s classic. These days they’re one of our most-loved holiday offerings!

While they’ve been super popular and exceptionally good for years, they’re actually even better this year. In our never-ending effort to always improve what we do in small but meaningful ways. We’ve done two things to take them up a notch—a few years ago we made the decision to spend a bit more and switch all of the spices used to the superb stuff we source from our friends at Épices de Cru in Montreal. These are, after all, spiced pecans—clearly, the spices are a significant part of what makes them special. The de Vienne family has done three decades of work to source superb spices. They pay growers more to get higher quality, which translates into an infinitely more holistic way to work—better flavor, better living, better everything! You really can taste the difference! After being toasted with butter, the pecans get tossed while still warm with lots of freshly ground Tellicherry black pepper, Jamaican allspice, ground ginger, amazing cloves from India, and other enticingly exotic spices. 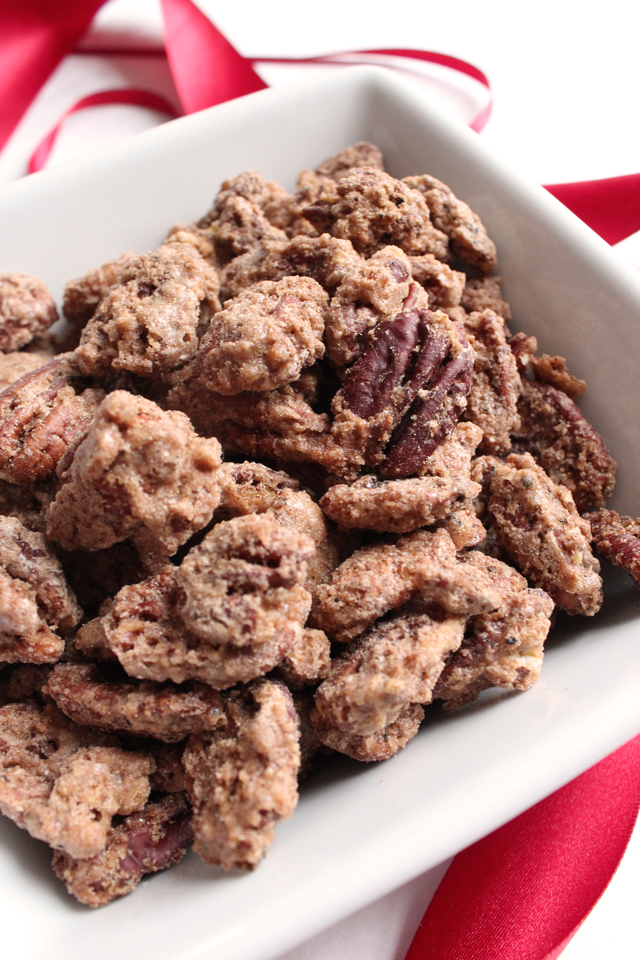 From Good to Great

That move alone took us, literally, as per Jim Collins’ book title, from Good to Great! This year we took the pecans themselves up a notch, too. They’re now coming from the South Georgia Pecan Company in the town of Valdosta. The firm is owned and run today by the Work family who bought it a year after we opened the Deli (i.e., 1983). But for historical context, the company was started in 1913 by the Pearlman family, one of the first Jewish families in town. Valdosta (named for the Italian Val D’Aosta, from whence Fontina cheese comes), was on the late 19th century railroad line into the state which made it a good place for new immigrants to settle. (For more on the Jewish community in the town, including a very funny but poignant story of how the synagogue came to seat men and women together, read this.) The pecans are pretty darned delicious—fresher tasting, and a bit more flavorful than what we’d been getting. We also sell the pecans at the Deli in their un-spiced, natural form. I’ve been eating them regularly at home! Pick up a bag next time you’re in!!

But back to the issue at hand—the spiced pecans are delicious eaten just as they are. If you put a bowl of them out at almost any gathering, they’re sure to be gone before you know it. It’s hard to eat just one. They’re also excellent chopped and tossed onto gelato, mashed sweet potatoes, roasted carrots, or green salads. I love ‘em on salads with blue cheese and pears or apples. Chop and toss on top of rice pudding or noodle kugel. They seem to pair particularly well with bourbon, too! If you put them out at the holidays, I will forecast that next year your friends and relatives will be looking for them when they come back to visit! (Ship some spiced pecans to someone you love!) –