A clean slate, a fresh start. There’s no time like the New Year for a healthy dose of optimism. Rosh Hashanah, known as the Jewish New Year, is a time for family, reflection, and food. Along with Yom Kippur, it’s one of the two High Holy Days or High Holidays in the Jewish religion.

Rosh Hashanah is celebrated for two nights, often with special dinners on both evenings, enjoying a delicious variety of traditional, symbolic dishes. A number of treats and sweet dishes are served with the idea that with every bite, prospects for the future become sweeter. Three classic foods that often appear on Rosh Hashanah plates are apples, honey, and challah. 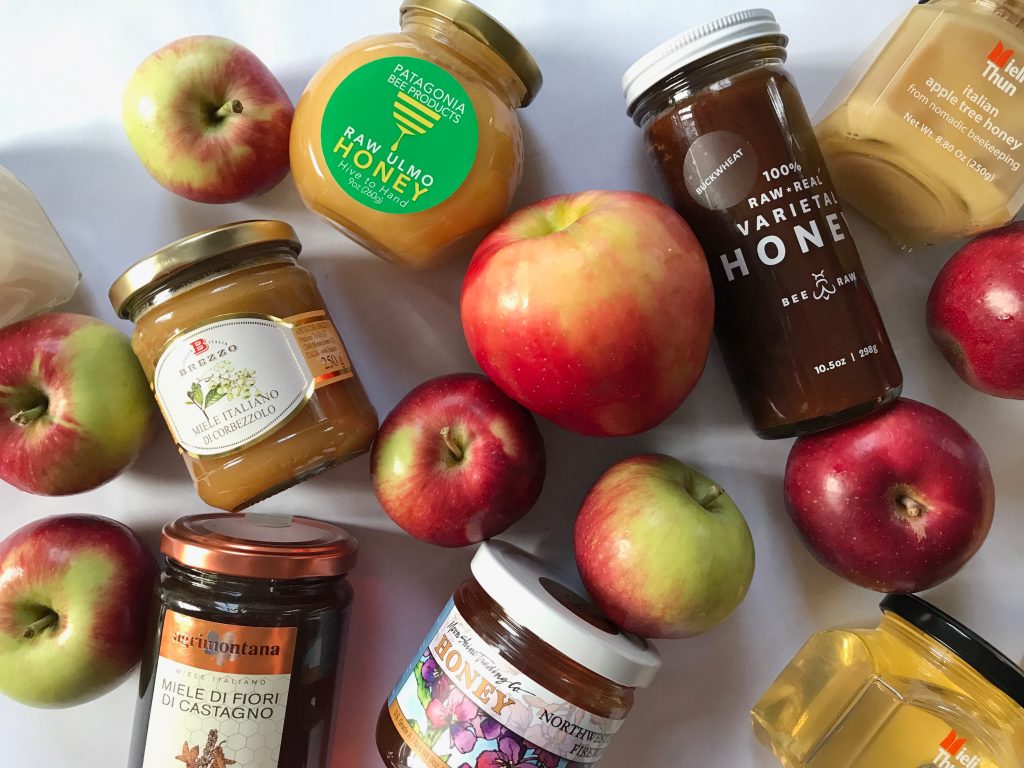 The tradition of eating apple slices (often dipped in honey) represents wishes for a sweet new year. The custom of eating apples on Rosh Hashanah ties into biblical references, like the Garden of Eden, which was said to smell like an apple orchard, and various verses, like in Song of Songs: “As the apple is rare and unique among the trees of the forest…” Apples were also considered very special in medieval times; people would often hand-carve their hopes and prayers into the skins before they were eaten.

Eve’s Apple Babka from Zingerman’s Bakehouse: Babka made with roasted apples, toasted walnuts, and Michigan honey. You might say it makes a sweet temptation from the garden of Ann Arbor.

Apple Rétes from Zingerman’s Bakehouse: Flaky, oh-so-thin layers of strudel dough are wrapped around a bounty of local apples.

As one of nature’s sweetest foods, it makes sense that honey is often enjoyed during Rosh Hashanah to symbolize wishes for a good and sweet new year. Honey would have been one of the sweeteners of choice in biblical times—its use can be traced back to the beginning of recorded history!—and there are biblical references to Israel as the “land of milk and honey.” While one of the best-known examples is the High Holiday tradition of dipping apples in honey, there’s no need to stop there—honey can be infused through Rosh Hashanah meals.

Honey: We carry an extensive selection; we’re big proponents of letting the honey flow—so much so that we have an annual Honey Sale! Try a new-to-you varietal or set up a honey-tasting flight.

Chocolate Covered Sesame Halvah from Zingerman’s Candy Manufactory: Halvah is a sweet treat made from a nut or seed butter and a sweetener, in this case, freshly toasted and ground sesame seeds and a combination of rich muscovado brown sugar and pure Michigan honey. Each chocolate-covered fudgelike square has a perfectly crumbly and luscious texture, with a flavorful finish of sesame and honey.

Lamb and Honey Stew: a staple of our Rosh Hashanah catering menu and one of Zingerman’s co-founder, Ari Weinzweig’s favorites, this Sephardic dish is made with lamb slow-cooked with rosemary honey, Spanish saffron, and organic potatoes. 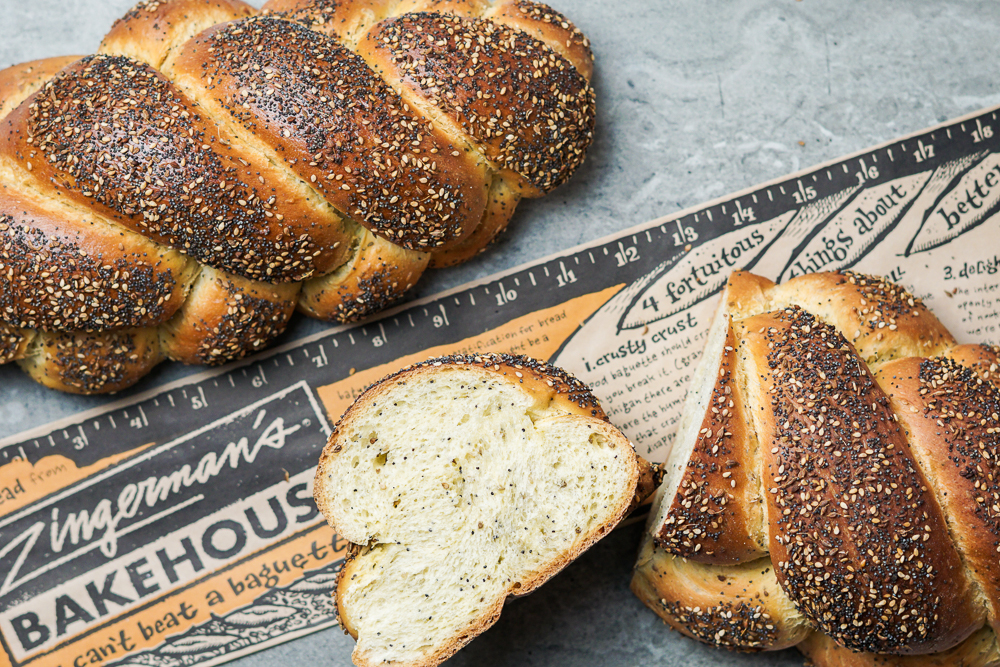 We love Zingerman’s Bakehouse classic challah, but they also bake fancier versions for the Jewish High Holidays, a spiral-shaped turban to represent the circularity of life and the desire for a full, complete year and a traditional Moroccan braid covered in aromatic seeds. According to the Zingerman’s Bakehouse cookbook (in which you can find their challah recipes!), “Challah started as a plain bread that, over the course of the 15th century, became more enriched. It was not sweetened until the early 19th century, when sugar became more available and more affordable all over Europe.” Now, not only is challah often made with honey in it, but during Rosh Hashanah, as is the case with apples, dipping challah in honey is also a tradition. Whether classic or festive, these challah loaves are gorgeous, the color of toasted saffron, and the flavors are rich and sweet—everything the New Year should be.

Challah Turbans from Zingerman’s Bakehouse: An egg and clover honey bread in the traditional round shape for the new year. Available with or without a generous portion of extra-large Red Flame raisins and golden raisins soaked in Myers Dark Rum®.

More Rockin’Challah from Zingerman’s Bakehouse: A beautiful 5-strand braid brushed with honey and “spiced” with anise, sesame, and poppy seeds in honor of the spice trade that passed through North Africa and the Moroccan Jewish community.

Of course, apples, honey, and challah are just scratching the surface of traditional Rosh Hashanah foods. Fish is often served to represent abundance and carrots for spiritual abundance or a desire for more blessings in the new year. Other commonly used ingredients include pomegranates, beets, and fish, among others, and a wide variety of beloved dishes, like knishes, noodle kugel, and carrot tzimmes. We have you covered with all of these and more.

We offer a wide variety of dishes from both Ashkenazic (Eastern European) and Sephardic (Mediterranean) traditions to add to your celebratory table.  Whether you are serving one or ten, we have various options for your holiday table. Here are just a few of our favorites: