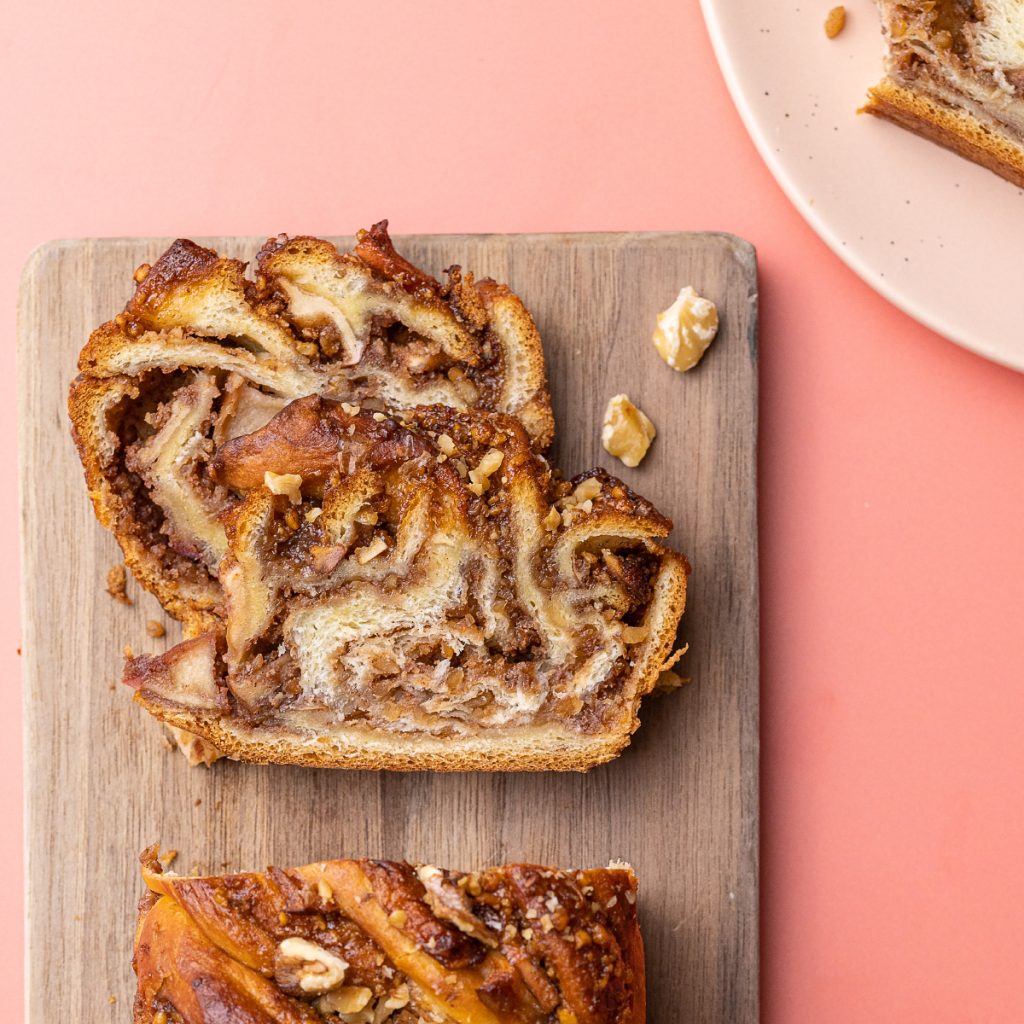 Getting ahead of Rosh Hashanah’s arrival

Ready to kick the New Year off in good form? Here’s a new babka from the Bakehouse, made specifically for this year’s celebration of the Jewish High Holidays.

Babka, as you may likely know, is one more food that comes out of the culinary traditions of Eastern European Jews. I did not grow up with it at all but almost every Jewish person I know from the East Coast did. “Baba” is a reference to a Polish Easter cake, and it’s also a reference to “babushka,” or grandmother. Like the New Yorker onion rolls I wrote about last week, it would likely have arrived in the Americas in the large waves of late 19th/early 20th century arrivals of Jewish immigrants.

Babka’s origin—where it is most consumed and associated with the culture—is in Belarus, the Baltics, Ukraine, and Russia. The old forms of babka were likely much larger, somewhere from the size of a modern-day panettone on up to a few feet high. The original name was likely “baba,” meaning grandmother. One theory says that with the modern era’s smaller sizes, the name shifted to the diminutive, “babka,” meaning “little grandmother.” Others say the tall shape they were made in resembles a grandmother’s pleated skirts. One origin theory says babka is indigenous to Ukraine, where it was part of an ancient fertility symbol used in the matriarchal system once in place in the region.

We’ve been happily making Chocolate Raisin Babka at the Bakehouse for many years. This new Apple Babka celebrates the coming Rosh Hashanah season. Apples and honey are classic Eastern European eating for the holiday. Now we can eat them in the form of this beautiful baked good! It’s particularly tasty cut into slices, then browned lightly in butter. Great with gelato, more butter, or just as it is. The hygroscopic nature of the honey (it absorbs moisture over time) and the juiciness of the roasted apples make the dough a bit richer and moister. I can’t guarantee Eve’s Apple Babka will make the coming year culinarily better than the last few—I will ensure that at least you’ll be getting it off to an awesomely flavorful start!

> THIS IS A SEASONAL ITEM. CHECK OUR SPECIAL BAKES FOR AVAILABILITY!