A terrific addition to your early September suppers! 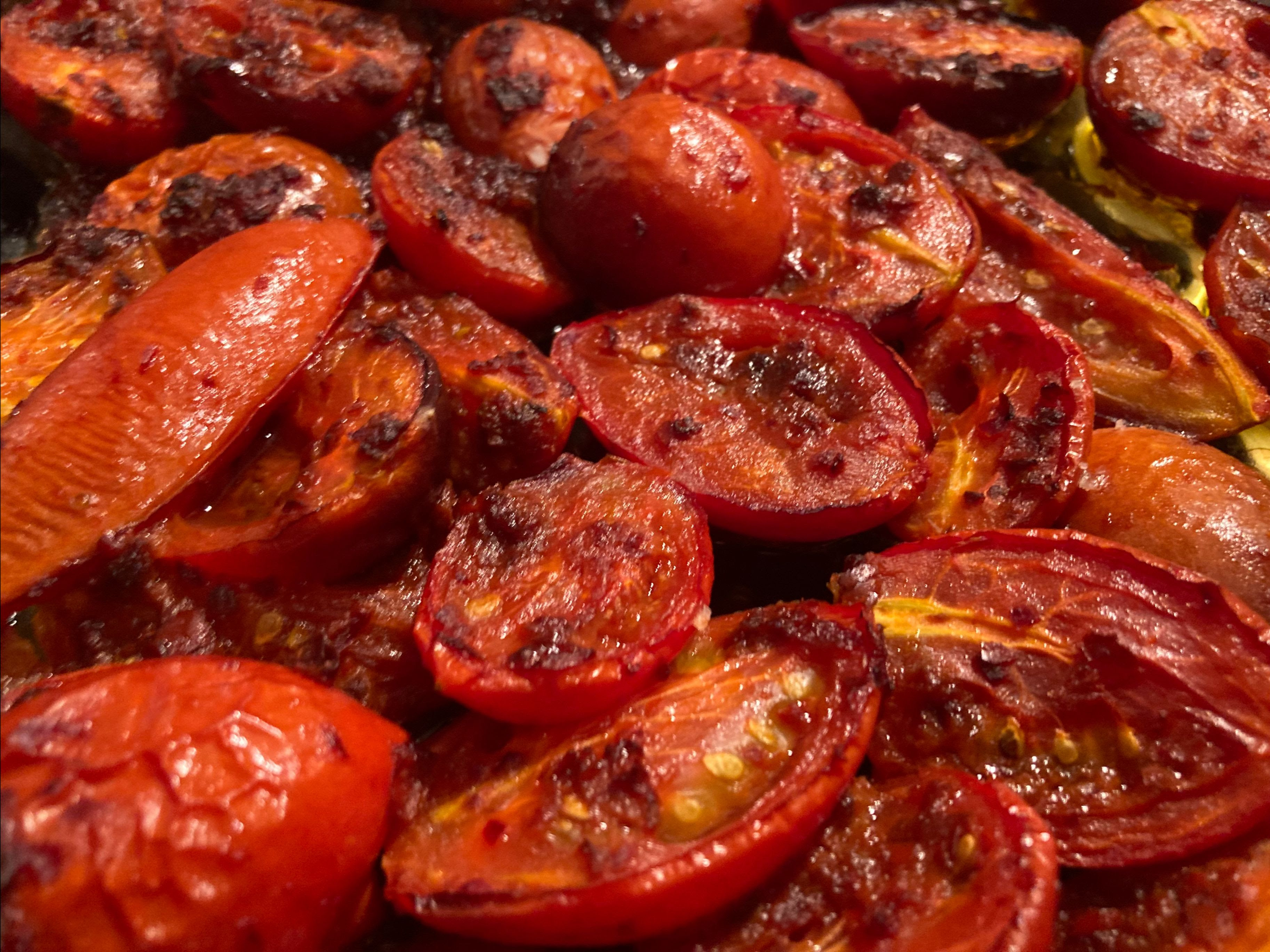 I’m all about putting the season’s bounty of ripe tomatoes from the Farmer’s Market to good use in my home kitchen. Another wonderfully easy way to take advantage of the harvest is this harissa-roasted plum tomatoes recipe!

Pick up a pound or two of nice plum tomatoes at the market. Tammie is growing a beautiful red and black striped variety from my friend Dan Barber’s Row 7 Seed Company called Midnight Romas, but there are any number of other tasty plum tomatoes out there to buy as well. Wash and then dry the tomatoes gently. Cut the tomatoes in half lengthwise and place them into a large mixing bowl. Sprinkle with a small bit of sea salt, and then add a few tablespoons of the marvelous handmade harissa we get from the Mahjoub family in Tunisia. Increase or decrease the amount of harissa depending on how much you like spice! 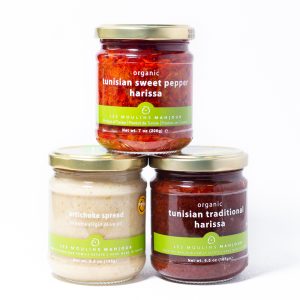 You can certainly use other harissas, but the Mahjoub’s is, to my taste, in a class by itself. It’s made from three varieties of pepper they grow, all organically, along with their own organic tomatoes. All are sun-dried (yes, it makes a big difference), then blended with the Mahjoub’s own organic extra virgin olive oil and spices. It’s seriously amazing on just about anything from sandwiches, to cheese, pasta, fish, or salads.

For the moment though, we’re talking tomatoes. Gently move the harissa-coated tomatoes from the mixing bowl to a glass baking pan. Roast in a preheated 400°F oven for about 25 to 30 minutes, or until the tomatoes are slightly withered but still have a reasonable amount of their natural juices. At that point they’re ready to eat—serve as a side dish, or a vegan main course. If you want, you can also add small seasonal potatoes (cut into cubes if they’re bigger) and roast the two together until the potatoes are tender. You can also do the same with chunks of fresh tuna or swordfish, or with pieces of pork as well. Sometimes I crumble on bits of goat cheese, feta, or Ricotta Salata. A superb taste of the season and the generous culinary spirit of the Mahjoub’s!

Still looking for more harissa recipes? Check out this one for harissa-roasted carrots!

> BUY A JAR OF MAHJOUB HARISSA FOR YOUR PANTRY!