Based on everything we’ve learned, here’s what goes into a good Jewish rye bread: 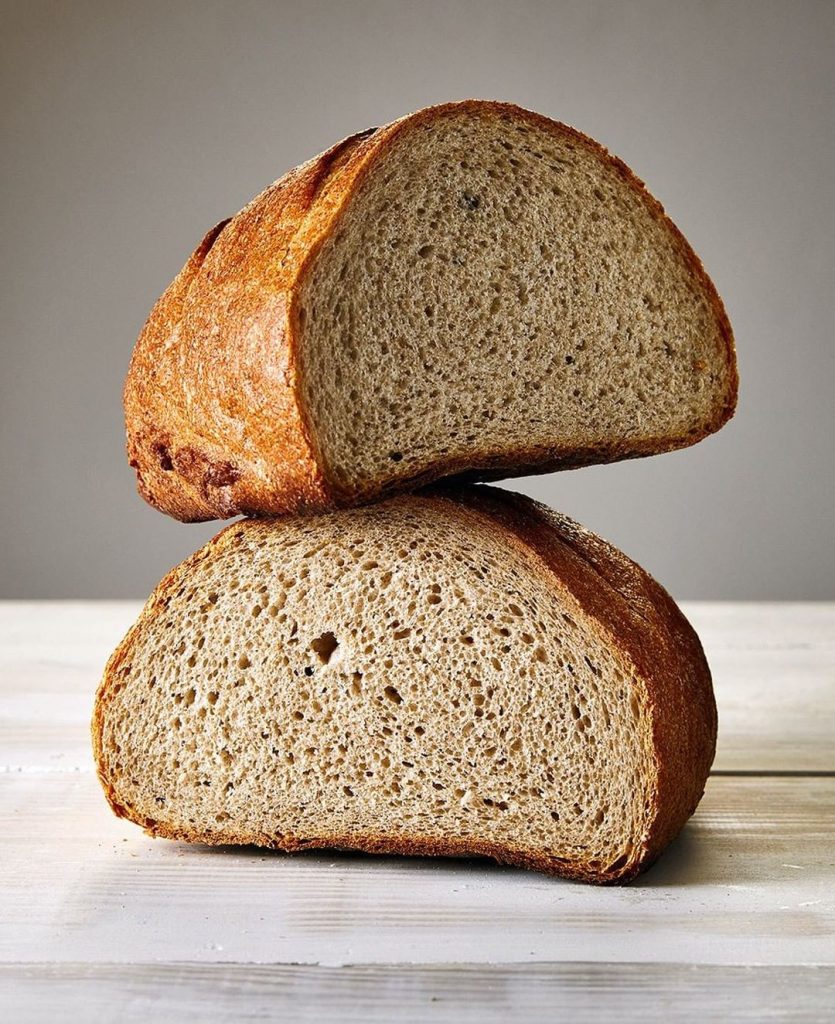 The old style, Jewish rye starter is made by taking the previous day’s fully baked rye bread. The general wisdom, of course, is that the consumer can’t tell the difference. We’ve never agreed with that, and we certainly don’t think it to be true about the rye bread. But… others don’t always agree.

To make a traditional Jewish rye bread we had to get back up to a decent level of rye flour. Roughly that seems to settle in at about twenty percent rye, eighty percent wheat. This is roughly the ratio that George Greenstein uses in his very good book, Secrets of a Jewish Baker, and it’s what’s worked well for us here for so many years now. (By contrast most commercial Jewish rye could have really no more than four or five percent!)

#3 Bake on the Hearth

To get the right texture of the bottom crust we wanted to bake on stone. This isn’t just a matter of nostalgia for stone ovens of days gone by.

Steam in the oven is an essential part of the crust that makes good rye. Steam allows the skin of the “just slid into the oven” dough to expand as it starts baking, which keeps your crust from splitting open. Together, the hearth and the steam work to make for a chewy, amber-colored crust, that gives your jaws a workout.

More time for dough development means more flavor in the finished bread. We run what I’d guess is about twice as long for the rye at the Bakehouse as most commercial bakeries do.

The bottom line with Jewish rye bread is how it tastes. And it shouldn’t taste like white bread; not even white bread with caraway seeds. Rye has a deep flavor, a flavor of the earth, a flavor full of character, a flat feel on the back of your tongue that gradually fills your whole mouth. And it should be chewy, both crust and crumb should work your jaws. Yeah on a perfect day the crust should crackle. If a baguette is the high note of bread, then rye bread is the bass. Steady, delicious, never wavering, it’s rooted in the soil of northern Europe, its sturdy texture and slightly sour flavor provide the perfect for our famous Reuben sandwich. Or pair for a thick schmear of cream cheese or sweet butter. Good rye has guts. And it’s really, really good.