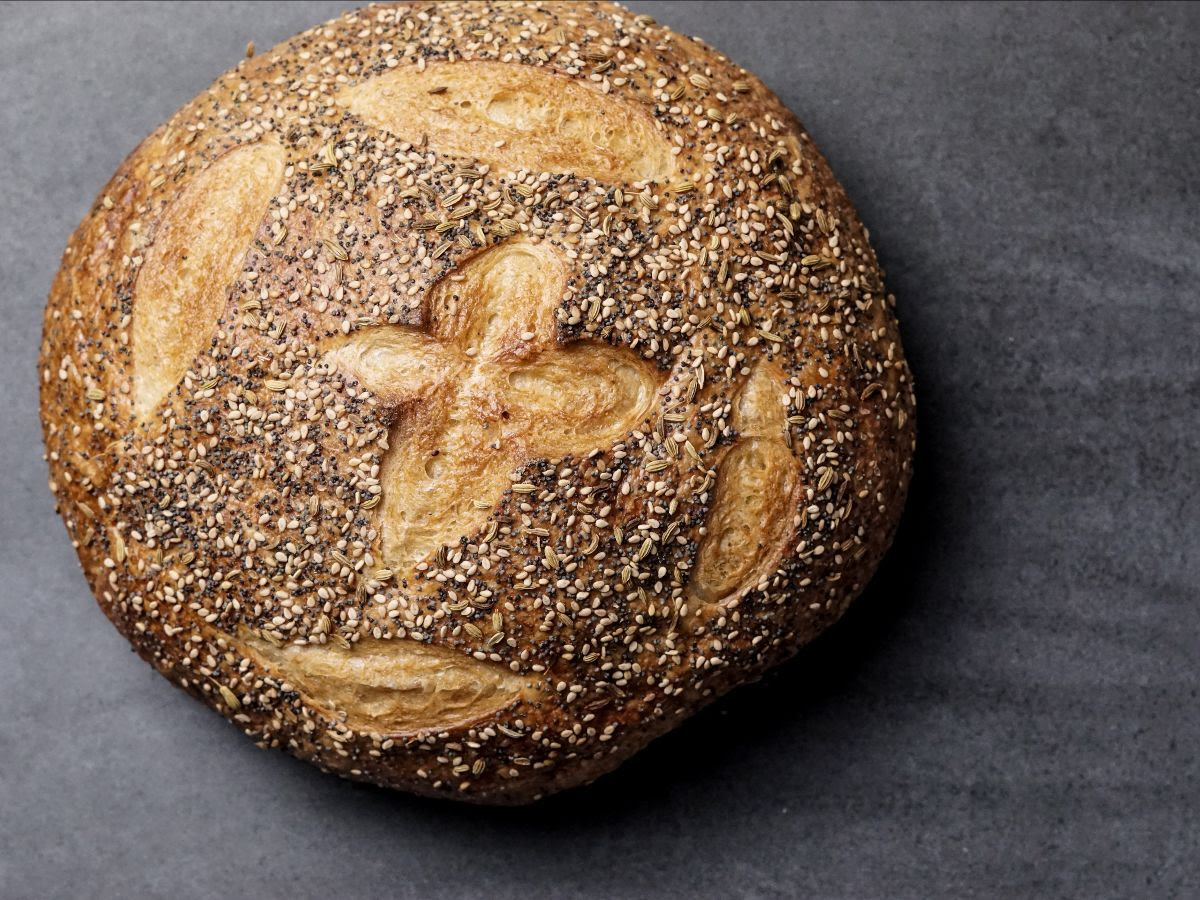 We’ve been making the “Better than San Francisco Sourdough” bread for nearly 30 years now. September will mark the beginning of its fourth decade on our shelves! The Sourdough is as delicious now as ever—maybe better! Chewy, sour, and savory, it’s almost universally appreciated. Even folks who visit Ann Arbor from the Bay area have been known to bring a few loaves of the Bakehouse’s version back home with them.

This week, I want to touch on a less well-known version of our Sourdough: the “Detroit Street Round.” The name is an homage to the Deli. It was the road one would have taken in the middle of the 19th century if they wanted to set out by horse, wagon, or carriage for the big city of Detroit—45 miles to the east. Back then, going either direction was likely a full day’s ride. The train between Ann Arbor and Detroit began running in 1839—the train traveled at about 25-40 miles an hour. With stops, it was a little under a half-day trip each way. San Francisco-style sourdough of this sort would never have been sold in Disderide’s grocery (now the Deli building) when it opened in 1902—getting here from San Francisco would have likely still taken almost a week.

What makes the Detroit St. Round special here in 2022 is the addition of a generous coating of seeds baked across the top. It’s made with a mix of poppy seeds, sesame seeds, and fennel seeds. I love it. So does Hazim Tugun, the man who’s worked so hard for the last six years to help make our breads better through fresh milling of so many of the grains we now use, as well as a series of small but important tweaks to technique to improve flavor and texture. Hazim wrote to me about the Detroit St. Round the other day:

I heard about this bread when I first started working at the Bakehouse. [Founding partner] Frank said it was going to sell great. It was so good—and still is! All the excellent qualities of the Better than San Francisco Sourdough—sweet, tangy, salty—are like a well-balanced salad dressing. With the satisfying chewy bite of that malty crust and the tender, moist and satisfying mouthfeel of that crumb … How can you top that? Well, literally by topping the dough right before baking with the sweet, licorice-like, super aromatic fennel from Épices de Cru, nutty and savory sesame seeds, and the humble poppy seeds. A feast for the eyes, but also for the body and the soul—especially for bread-lovers like me!

Slices of a Detroit St. Round are great for sandwiches, morning toast, grilled cheese, croutons, or pretty much anything else! Some seeds will inevitably fall off the bread while you’re cutting it (or ripping, as I like to do)—be sure to save them to toss on salads or soups!

>BUY A ROUND TODAY!