An East Coast tradition with an Ann Arbor twist 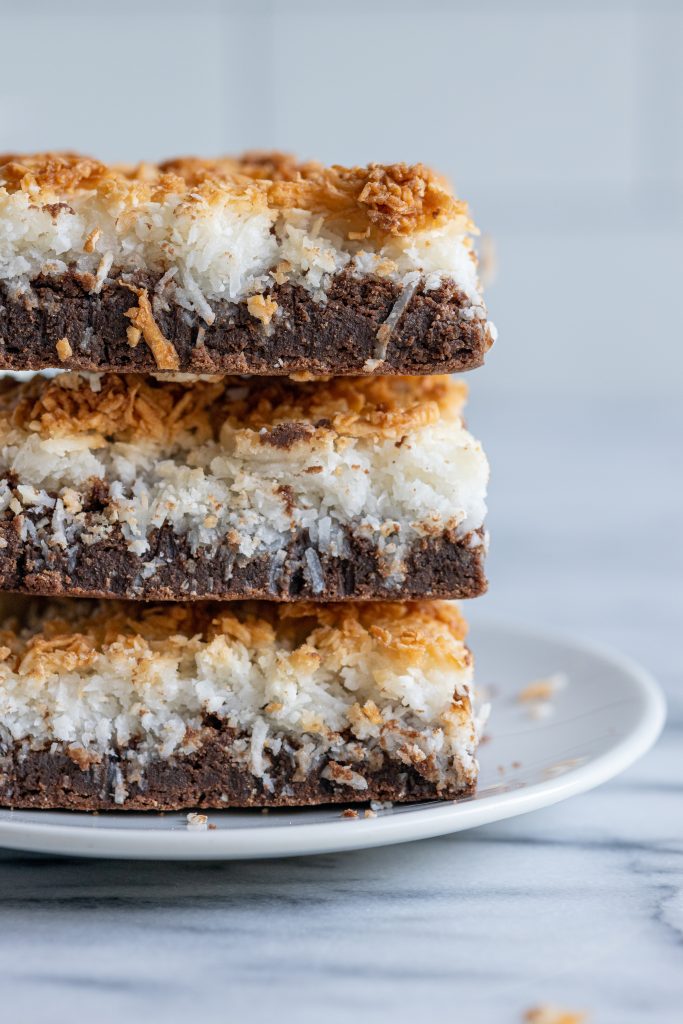 I did not grow up in Manhattan, so I have no emotional bond to black-and-white cookies, but nearly every New Yorker I meet seems to. As food writer Robert Sietsma says, “No pastry—except perhaps the cheesecake—is more closely associated with New York City than the black-and-white cookie.” Given the rather prominent presence of New York expats living here in Ann Arbor, it’s no surprise that people have been regularly requesting that we make these cookies for years now. If you don’t know “from black-and-whites,” they’re round, slightly cakey cookies topped with fondant that is, as per the name, half chocolate and half vanilla. William Grimes wrote in the New York Times that “Technically, the black-and-white is not a cookie but a drop cake. The batter resembles the batter for a cupcake, with a little extra flour so that the dough does not run all over the place when it is dropped, dollop by dollop, on the baking sheet.” The origin of black-and-whites seems to go back to 1902, the same year the Deli’s building was built here in Tree Town, and the year that the “anarchist prince” Peter Kropotkin (whose work Leda Rafanelli translated into Italian and had printed with her press for sale) published Mutual Aid. Credit for the cookies goes to a family of Bavarian immigrants; John and Justine Glaser opened Glaser’s Bakeshop in Yorkville on the Upper East Side that year, and black-and-whites were apparently among their more popular offerings. If you’re a Seinfeld fan, you might remember black-and-whites showing up on the show, offered up as a culinary symbol of racial harmony. And in that same spirit, back in 2008, President Obama called them “Unity Cookies.”

After all these years, we’ve come up with a way to try to honor this 120-year-old New York tradition here at Zingerman’s, but in a format that feels right for our town and our time: The Black & White Brownie. As the folks at the Bakehouse say:

After years of being asked to make the classic East Coast, New York Deli Black-and-White Cookie, we decided to make a mid-west, Bakehouse version—featuring a layer of our Black Magic brownie topped with a toasty layer of vanilla coconut macaroon. The rich chocolate and fresh coconut flavors are a match made in heaven! This is the Fresh Coast version of the East Coast treat.

The results are darned good! Zach Milner, a manager at the Roadhouse, says “They’re friggin’ awesome!” They’re terrific paired up with a cup of the Tree Town blend coffee. The Black & White Brownie is great as it is; and, in the spirit of generosity, I’ve been experimenting with adding just one more thing to the mix at home. I tried toasted almonds and walnuts on top and liked them both. I like it too with a sprinkling of my own black and white—freshly ground black pepper and a bit of fleur de sel sea salt. Whatever you do, stop by the Deli and try one.

Read more about fresh pastries from the Bakehouse here!