A magical confectionery combination from the Gulf 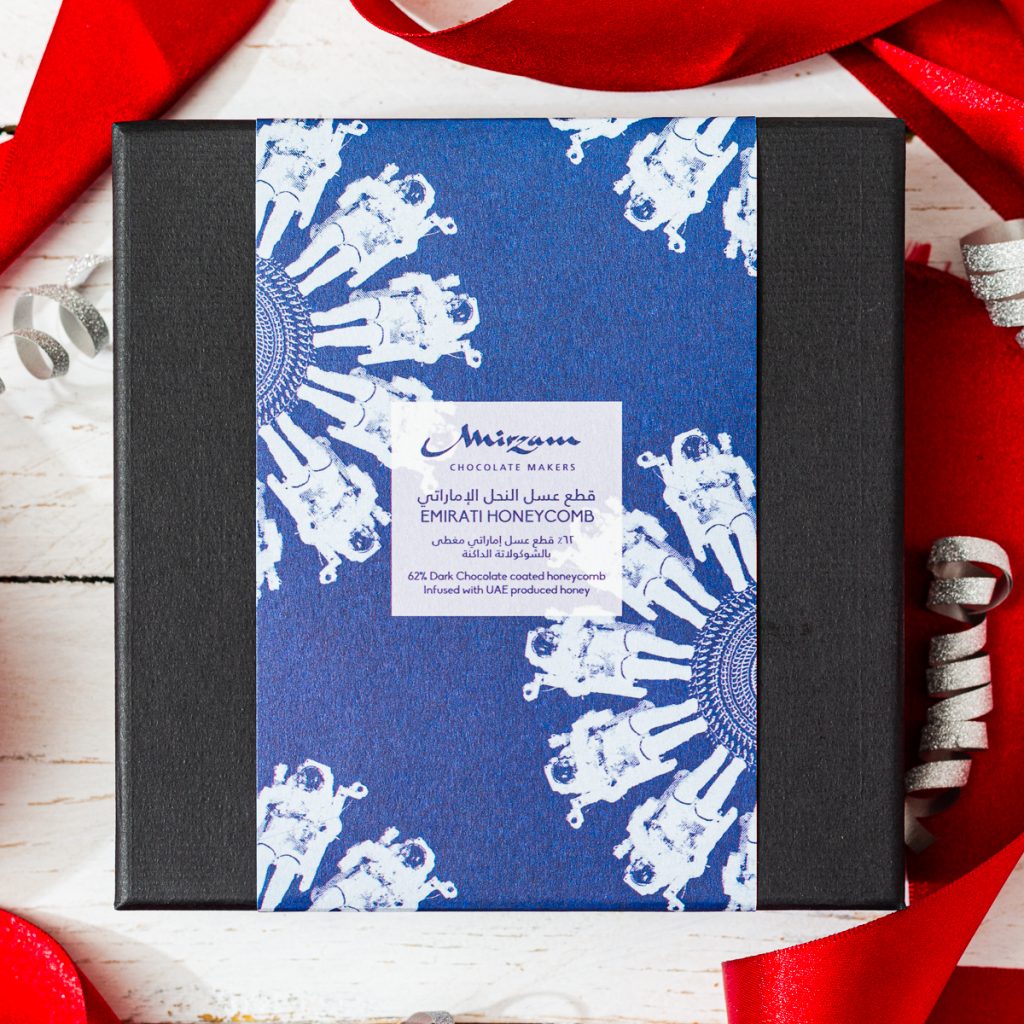 If you’re looking for a gift for someone who loves great food and is intrigued by the unusual, this rare, terrifically delicious, sweet treat from Dubai might just do the trick.

While the World Cup was winning headlines in Qatar, four miles to the east on the other side of the bay that forms the southern side of the Arabian Gulf, the folks at Mirzam in Dubai have been quietly making some of the best chocolate confectionery around. This exceptional combination of spun-honey “seafoam,” dipped into bean-to-bar 62% dark chocolate, is one of the best examples of their cross-cultural creativity. Kathy Johnston, whose leadership has helped make Mirzam the caring, quality-focused place it is, turned me onto it a while back when she wrote:

Our Emirati “Honeycomb” is always a super popular one over in Dubai. It’s made with local mountain honey which is very dark—and actually more herbal or even medicinal—rather than sweet. The bees are tiny, and don’t have stings, and gather the nectar from ‘Sidr’ tree flowers.

The wild Sidr would be what we here call buckthorn. Known historically as “Jesus’ thorn,” the bark and roots of the bush is highly prized for a host of medicinal purposes as well as for eating. The honey has the same PH as the human body, hence has long been used for skin issues, infections, inflammation, and digestive complications. Sidr honey is hard to find and highly prized. A 10-ounce jar of the wild Sidr honey retails for around $40, and I’ve seen some as high as $80.

To make this rare and magical confection (also known as sea candy, hokey pokey, fairy food, or cinder toffee, or as per the name on the package, “honeycomb”) the honey is brought to a light boil with a small bit of baking soda and vinegar. It makes the confectionery equivalent of the kind of foam that forms along the seashore from the waves, hence the name. You can imagine it as a caramelly dark “honey brittle”—it’s made first into big sheets, then broken by hand into smaller chunks. In the process, the “honeycomb” becomes a light, gently crunchy, melt-in-your-mouth confection that’s then dipped into the 62% dark chocolate.

Saeed Al Madani, from Abu Dhabi, a bit to the south of Dubai, designed the package. His artwork draws on traditional Arabian art elements. For this box, he combined ancient approaches with inspiration from the Emirates Mars Mission “Hope Probe,” which was launched in July 2020. Put the beautiful black box out after dinner or with afternoon coffee and enjoy its chewy, gently bitter, subtly sweet flavor as you sip. Particularly excellent with a shot of the super smooth Espresso Blend #1. The Emirati Honeycomb has a lovely clean finish and a flavor that’s unlike anything else I’ve ever eaten. I’m still savoring it now half an hour after I finished eating a small sliver!

> GET YOUR HANDS ON SOME HONEYCOMB!