Crafted to the recipe of a famous beer-making Milwaukee colonel 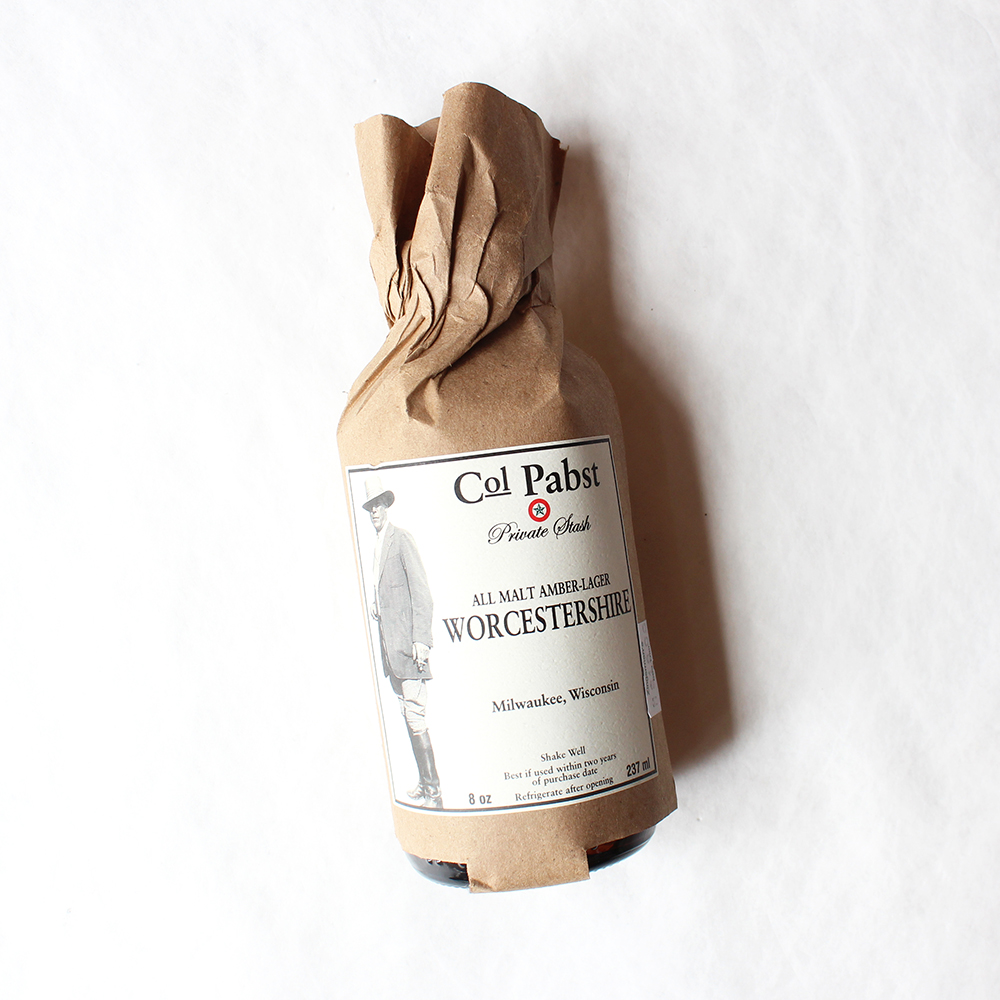 In 1837, the same year that Michigan became a state and that the barn at what’s now Cornman Farms was built, two chemists in the English town of Worcester, John Wheeley Lea and William Henry Perrins, finalized a recipe that I would imagine they’d been tinkering with for quite some time. Lea and Perrins’ shop was known for its broad selection of over 300 different items, including an array of exotic herbs and spices from around the world. The company’s story says that the two men weren’t originally all that happy with their elixir, so they put the blend in its barrel down in the cellar and sort of forgot about it. Two years later, clearing out old stock, they decided to taste it again, and sure enough, fermentation and aging had turned what was originally unappealing into something super awesome. Nearly 200 years later, Lea and Perrins Worcestershire Sauce is a classic name that’s recognized by restaurateurs all around the world. The not-so-good historical news is that, in one of those sad stories in which one company is sold to another, Lea and Perrins was bought by HP Foods in 1930, which was then sold to the Imperial Tobacco Company in 1967, and—a couple more corporate conglomerates later—sold once again to Heinz, which then went on to merge with Kraft. What was originally two men, a small shop, and a very personal recipe, all once a part of a nice little local bit of an ecosystem in Worcester, is now just another “brand” on the sales list of one of the world’s biggest food manufacturing companies.

The good news is that someone who cares more about craft and flavor than about corporate earnings has done the work to get an artisan brand of what we all know as Worcestershire sauce back on the market. While the flavor is not exactly that of the original Lea and Perrins, the spirit, as I’m imagining it at least, is much the same. This new, 21st century craft version is made by a woman named Kate Quartaro, who has based it on a recipe that comes from her family records. Quartaro is the great-granddaughter of Col. Gustave Pabst, who is, indeed, of the famous beer family, as in Pabst Blue Ribbon—Col. Pabst was the son of Frederick Pabst, who put his name on the now widely-sold commercial beer. Frederick was born in Germany in 1836, a year before Lea and Perrins celebrated their new sauce. Pabst married an American woman whose family had started a brewery in Milwaukee, and in one of those rather disingenuous, but ultimately highly effective marketing moves, started putting a small blue ribbon around the neck of his beer bottles, despite the fact that the beer had not won any prizes. From 1892 to 1916, each bottle of Pabst had a real ribbon on it!

Generations later, Pabst beer has traveled the same sort of commercial track of corporate sell-offs and mergers that Lea and Perrins took. Somewhere along the line though, Pabst’s son Gustave came up with a recipe for a sauce that is very much akin to Worcestershire. Here in 2022, Kate and company are making it with a base of Malt Amber-Lager from Lakefront Brewery in Milwaukee. In the spirit of the original sauce made by Mr. Lea and Mr. Perrins, this one has over 20 ingredients, including tamarind, anchovy, ginger, and Demerara sugar. It’s got that terrific umaminess that so many of us love, making it a great ingredient that adds depth to most any dish. Meaty and big, but in a gentle, still smooth and actually quite drinkable way (I’ve sipped a shot a few times while working on writing this). Florence Fabricant sang its praises in the New York Times saying it, “delivers mellow, earthy and nutty notes.” Col. Pabst’s All Malt Amber-Lager Worcestershire Sauce is great for marinating chicken wings, adding to vinaigrettes, potato salads, soups, stocks, cocktail sauce, cheese spreads, and—oh yeah—it’s also marvelous in Bloody Marys. Pick up a bottle of Col. Pabst’s now 150-year-old recipe and add a bit of good flavor to your food!

> GET SAUCY AT THE DELI!