Zingerman’s is proud to work with Underground Printing, a custom shirt company that has helped us create all of our favorite Zingerman’s attire! Read further to learn a little more about the history of this company and how you can get your own gear!

What’s in a Name? 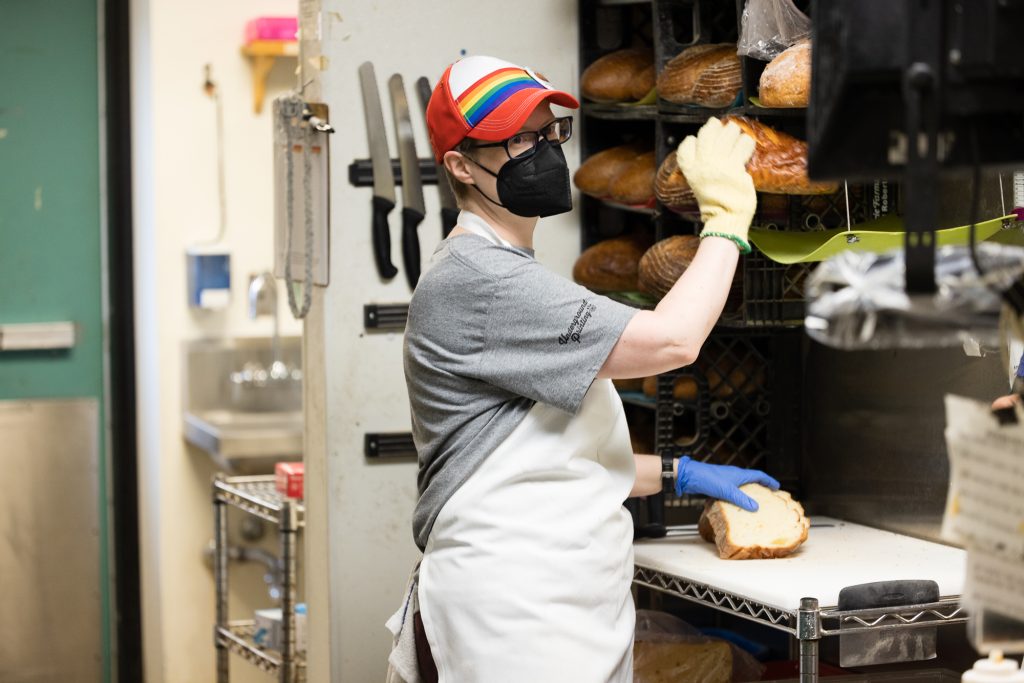 When Underground Printing (UGP) co-founder Rishi Narayan interviewed Zingerman’s co-founder Ari Weinzweig on his podcast, I Am Ann Arbor, the pair bonded over naming their businesses.

Ari shared that he and fellow co-founder Paul Saginaw, needed to come up with a new name for their business after their original choice fell through. They knew they wanted a name that started with an A or Z, so that it would appear either first or last in the phone book. Ari acknowledged that it doesn’t matter now, as every name comes up equally as as fast online, but at the time, “A or Z was infinitely better from a marketing standpoint.” Rishi nodded in agreement and revealed Underground Printing’s original name A-1 Screenprinting for precisely that same reason!

Rishi and his partner Ryan Gregg founded A-1 Screenprinting in 2001. Best friends since the 6th grade, they both ended up at the University of Michigan and both were less than enthralled with their engineering classes. Ryan had a dorm room loft-building business that gave the duo the entrepreneurial bug and they began searching for a longer-term business venture.

A series of issues with Rishi’s car led to a chance encounter with a tow truck driver who used to dabble in screen printing. It made the pair think about all of the custom t-shirts they’d created in high school and felt like this might be the opportunity they’d been looking for. After initially setting up in the tow truck driver’s garage, they eventually expanded into a space of their own and purchased another local screen printer (named Underground Printing)—expanding their production capabilities and changing their name at the same time.

Service with a Smile

Aside from a shared predilection for alpha and omega business names, Zingerman’s and UGP also share a passion for customer service and communities. Both companies have expanded over time. The Zingerman’s Community of Businesses is a collection of eleven businesses, all within the Ann Arbor area. Underground Printing now has more than two dozen stores, all across the nation, but always in the heart of the communities they’re serving. One of their goals is to make the order process as convenient as possible, so you can always place your order online (just like you can here at the Deli!), but they love to be hands-on, and will happily help you with your order in-person or over the phone (that’s just like us, too!). Reina Telin, Zingerman’s Next Door Café Manager, can attest to this, she’s been working with Rishi and UGP for over 15 years, and loves that she always gets to interact with a real person every time she places an order or needs a question answered. 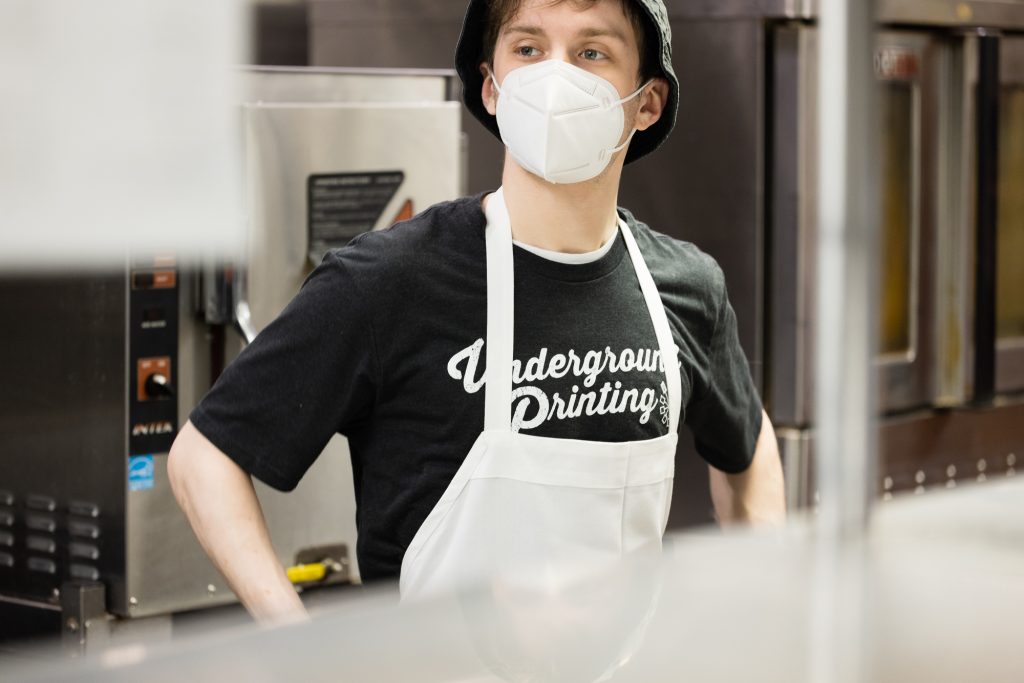 Rishi and Ryan attribute “their ability to cater to their core customers and willingness to meet their customers anywhere and at any time” as a driving force behind their growth. You don’t need to just take their word for it though, Underground Printing has ranked in Impressions Magazine’s Top 50 high-volume screen printers for 6 years and among Inc. Magazine’s 5000 fastest-growing companies 9 times. Reina agrees, too, saying, “As the company grew, service only improved with more staff, more attention, and the addition of an online ordering site.”

That hasn’t changed Underground Printing’s commitment to the community though. Like Zingerman’s, they’ve stayed devoted to where they started. All of their garment print production is done in their production facility and warehouse in southeast Michigan. And during the COVID-19 pandemic, UGP launched an Ann Arbor Hospitality Fundraiser—100% of net proceeds from their special “Flatten the Curve” t-shirts went to participating local businesses. 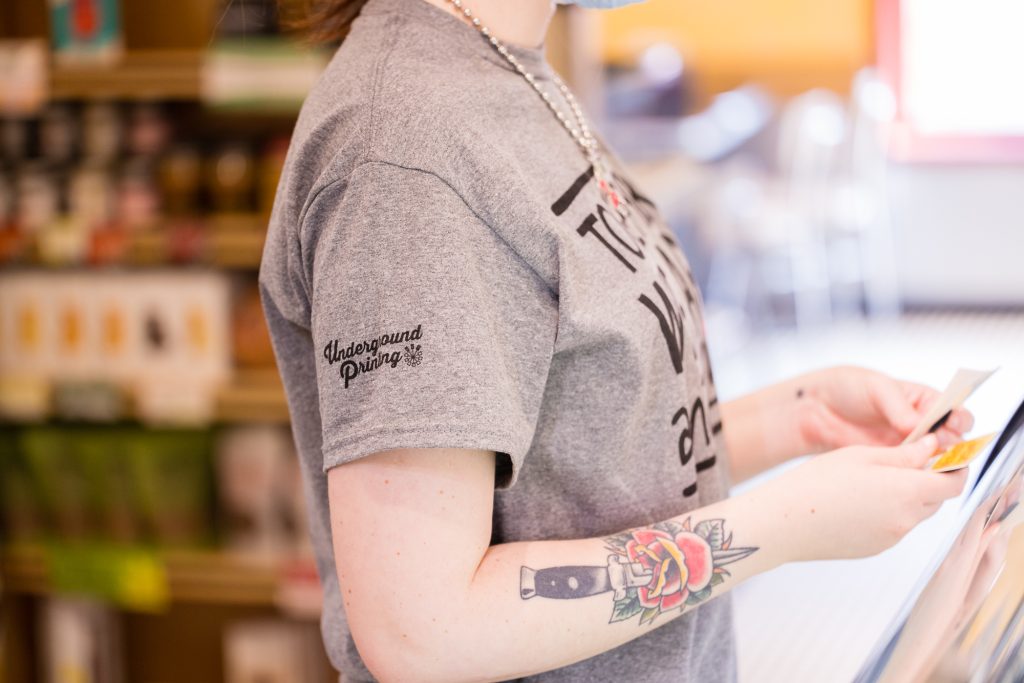 UGP is our exclusive t-shirt printer (we’ve been working with them since 2007!). You can shop t-shirts, hats and aprons in the Deli or Next Door Café on your next visit. Or, shop our new Online Merch Shop, where you can find classic and retro t-shirt designs available for direct shipment to you or your loved one anywhere in the US!