A wonderful warm salad for a chilly autumn evening 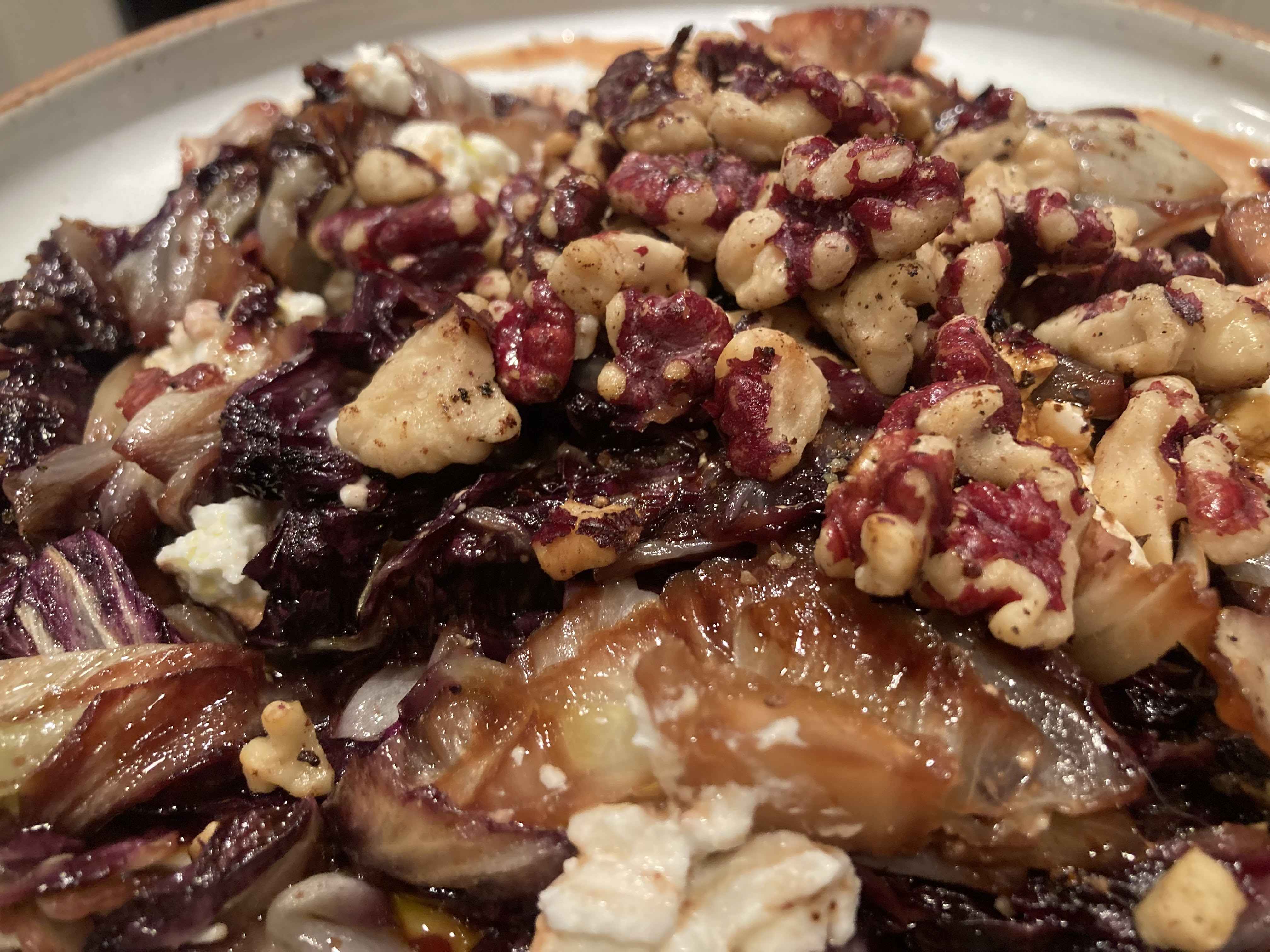 It’s been ages since I made this dish for the first time back when I was cooking for a group of twenty somewhere, best I can recall, in the mid-90s. I’ve only rarely made it since, though I’m not sure why since it’s so good, and also quick and easy to put together. It could be used as a sauce for pasta shells too, though I’ve been serving it on its own as a warm salad, side dish, or appetizer.

The Balsamela comes from our friend Andrea Bezzecchi, who makes some marvelous vinegar. Andrea works with apples that come from farmer friends in the Alto Adige region, up in Italy’s northeast corner. They’re organic, biodynamic (like the Podere Forte oil), and also very tasty. The fresh apples are pressed to make juice, that’s then slowly cooked down for hours to concentrate it to about half its original volume. Older vinegar is then blended into the fresh juice. It plays the same role as a sourdough would in baking, introducing the bacteria needed to convert the raw material into something magical. The end result is very much like a traditional balsamic vinegar, but in some ways, I like it better. Super dense, lovely, sweet but not too sweet (a bit less sweet than balsamic), slightly sour, tongue-tinglingly terrific. But since it doesn’t have all the wood aging on it, Balsamela is much more affordable. I know $20 for a small bottle won’t seem insignificant, but compared to $140 for a comparable bit of Aceto Balsamico Tradizionale, Balsamela is beautifully manageable and marvelously tasty. 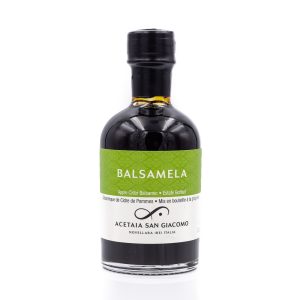 To prepare this very simple dish, coarsely chop the radicchio then sauté it along with a sprinkling of sea salt in hot olive oil until it’s soft. When the radicchio is soft, add a few tablespoons of the Balsamela. You can increase the vinegar further if you want the dish to be sweeter. Braise in the liquid from the radicchio and the Balsamela over moderate heat for about ten minutes. While it’s cooking, toast some walnuts, chop them coarsely, and set on the side. When the radicchio is tender, crumble on some fresh goat cheese. Aged ricotta works well too. Stir once or twice very gently so as not to break up the cheese, then sprinkle with a bit of full-flavored fruity olive oil (like the Podere Forte), add the chopped walnuts, and, if you like, more salt and pepper to taste.