Big news for lovers of little tinned fish (like me!) 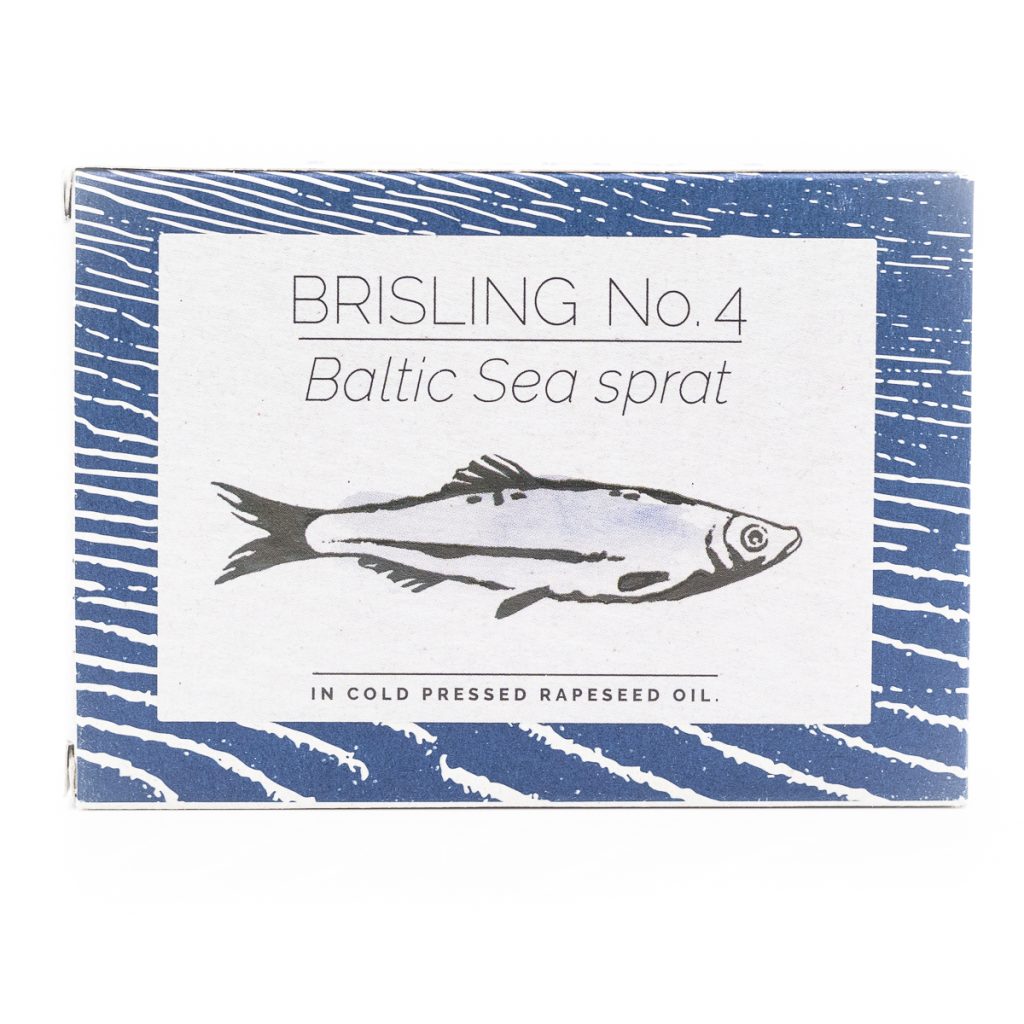 If you love preserved fish in cans as much as I do, you may want to drop by the Deli (or order online) and get a few tins of these tasty new smoked Brisling “sardines” from Scandinavia. They, their tradition, and the people who make them are right up our Zingerman’s alley.

To be clear, Brislings are not exactly the same as sardines, but they are close cousins. The term “sardines” actually applies to over 20 different varieties of small fish. Mediterranean Pilchards are one of my favorites—we have a wide range on our shelves right now from Spain, Portugal, and France. Pilchards, if you want the proper biological classifications, are Sardina pilchardus. What we’re getting in from Denmark are Sprattus sprattus (both would be good band names if you’re looking for one). As one would expect from the colder water in which they swim, Brislings are just a bit denser in texture, and just a touch more forward in flavor. They also tend to be smoked, as these are.

While Brislings have been available throughout the time we’ve been open, it’s only of late that we’ve found a set of artisans that we’re excited to work with. The name of the firm is Fangst; in Danish it means, simply and appropriately, “catch.” The company is now about three years old, and we’ve had their Brislings on the shelves at the Deli for about the last three months. Tasting the Brislings and learning about them, it’s not hard to understand the quality of the connection between the two companies:

FANGST is about re-discovering and exploring the abundance of seafood in the Nordic oceans. With respect for nature and gastronomic craftsmanship. Preserved in cans and served as tasty meals or snacks from the North.

Brislings have been fished out of the Baltic Sea for millennia. They were, I’m sure, a staple of human consumption in the region, just as small fish of this sort were and still are all over the world. Canning as a method of preservation started in France early in the 19th century and spread out from there—the formal packing of sprats started in Norway in 1879. Demand and production both grew rapidly, primarily for export, and small factories were built all over Scandinavia. By the middle of the 20th century refrigeration had become the norm in Europe and the U.S., and the demand for canned fish dropped pretty drastically. The Brisling business, though, boomed—the small fish, it was decided, were ideal food for raising hogs!

Fangst was founded by a trio of friends who share a passion for the tradition of high-quality canned fish. They’re committed to bringing the world terrific Scandinavian tinned seafood in the same way that the culinary revolution of recent decades has brought back artisan baking, cheesemaking, and more. Co-founder Martin Bregnballe shares:

We found out that the craft of smoking and canning Brisling had survived in the small Baltic countries on the other side of the Baltic Sea, which we Scandinavians also consider a Nordic water (called Østersøen—“The East Ocean”). The Baltics used to be part of the USSR and the Eastern bloc, where the demand for canned Brisling/sardine remained strong, and a continued production was dictated by the communist authorities. In now free and independent Latvia, we have found a dedicated small canning company in a fishing village by the Baltic Sea, where Brisling is caught and landed with the necessary care to make it into the delicacy it deserves to be.

As all the tinned fish folks that we buy from will tell you, the fish for Fangst go from the docks to the cannery within hours. They’re quickly cleaned, cooked, smoked over beechwood, and then packed with what Martin and his partners call “the Nordic version of premium olive oil; a local cold pressed rapeseed oil from the Isle of Bornholm in the Baltic Sea.” The results of their work are wonderful—small, golden-skinned little fish, packed (“like sardines”) into small tins.

The Danish tradition of Smørrebrød—small open faced sandwiches—is great for sprats. The name translates to “butter bread.” The bread is typically a rye, of which we have so many wonderful options. Butter is a key ingredient; the Danish call it Tandsmør, or “tooth butter,” meaning it needs to be spread thickly enough to show the imprint of your teeth when you bite into it. The creaminess of the butter is a great contrast to the smoky taste of the sea brought by the Brislings. Alton Brown, who sang the praises of the Roadhouse mac and cheese on his show a few years back, is a big advocate of avocado toast topped with sprats. The creaminess of the avocado, set against the smoky, umami, richness of the sprat is a wonderfully tasty experience. I like to put a bit of the Brisling-scented oil from the can on the toast before I add the avocado. You can also try spreading the bread first with the Creamery’s cream cheese to make it creamier still. The sprats are also a nice addition to potato salad—you can use the oil from the tin for the dressing. They are truly good on pasta or rice. Mash them with mayonnaise or the Creamery’s cream cheese to make a great appetizer spread. I love them mixed into scrambled eggs, or use sprats instead of bacon on a BLT—their smoky meatiness makes it a compelling combo.