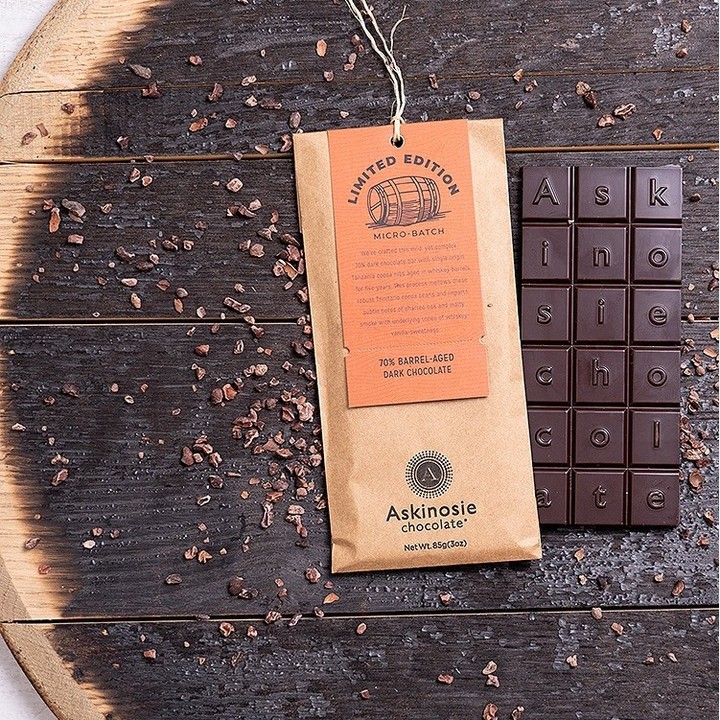 It is not all that surprising to realize that so many people in the greater Zingerman’s ecosystem—suppliers and customers—are also, in their own ways, living out their own versions of seventh stories. One obvious example is the excellent work by my friend Shawn Askinosie, along with his daughter Lawren Askinosie and everyone else at the company. Shawn and Lawren’s lovely book, Meaningful Work is all about it. Shawn is a superb storyteller, and the stories he is making in his work and his life are very much seventh stories. They support and encourage the creation of sustainable ecosystems, both in his hometown of Springfield, Missouri and in the communities of cacao growers with whom he collaborates in Tanzania, Ecuador, and the Philippines.

If you don’t yet know his story, for the first part of Shawn’s career he was a very successful trial attorney. Most of the legal system I might suggest, is framed around the first six stories, out of which, it makes perfect sense that over the years Shawn’s “success” brought on a bad case of burn out. The Buffer podcast he did recently shares:

Shawn set out to turn his passion for chocolate into a company so he could sustain himself and his family. But unlike his law career, which was driven by excitement for the game and the mountains of cash he could make, Shawn approached chocolate making as an homage to his grandparents. “My grandparents were farmers and an inspiration to me, just very kind people who lived a simple life … and I wanted to honor them,” said Shawn. Keeping his grandparents in mind, he thought about what he wanted the business to do beyond delivering economic profit. He landed on three keys: caring for the farmers he worked with, providing great jobs for his future employees, and providing care and resources to the communities he worked with.

For Shawn, this balance of profit with “enough” turned out to be his savior. Instead of wondering why things don’t feel good even though he’s “successful,” Askinosie Chocolate has meaning behind every action and every dollar of profit, which helped rebuild Shawn’s mental health and give him a renewed sense of purpose in the world. “I am confessing that my company is less valuable than it might have otherwise been,” said Shawn. “And I am okay with that. Why? Because it would be out of balance for me to end the company in a way that is inconsistent with the way I started it.”

Shawn’s work doesn’t just make for healthier ecosystems, it also makes for great eating. Every bit of Askinosie chocolate I’ve eaten (and I eat a lot of it) over the last fifteen years or so has been superb. The work Shawn and the crew do in the communities that grow the cacao is just as good as the finished chocolate. This new, very limited edition, Askinosie dark chocolate bar is exceptional. It’s made from Trinitario beans (one of the rarer cacao varietals), which has a particularly fine, fruity flavor. The nibs—the dried cacao beans—are aged in charred oak whiskey barrels for five years. Shawn shares:

We lucked into these used whiskey barrels years back and so we decided to make good use of them. When they arrived a bit of whiskey remained in the bottom of the literal barrel which I promptly removed, strained and sipped. It was my first experience with whiskey right out of the barrel and it was amazing. We decided to age roasted Tanzania cacao nibs in those barrels. We did not know it would be five years at the time but we periodically tasted them and as a group we decided when the time was right to make the chocolate. We wanted a flavor experience that was subtle and lasting, and not overpowering. It’s more art than science how one judges the flavor over time, and how what one tastes will translate into the finished chocolate. One thing we’ve become decent at is forecasting what a roasted cocoa nib will taste like when it transforms into chocolate. That is what we did here with this new bar. We made one batch and we will have another one early next year in 2022 and then that’s it. I love Lawren’s tasting note: “A soft and mellowed chocolate with subtle notes of malty smoke, charred oak and mild whiskey-vanilla-sweetness.”

What happens in the barrels? Essentially the same thing that happens with wine or with whiskey. The flavors of the wood—and the whiskey that had previously soaked into it during many months of maturing—end up enhancing the flavor of the cacao. The impact is subtle but significant. Vanilla, with a hint of smokiness. The crew at the Askinosie chocolate factory say, “It’s our most quietly complex bar ever, and did we mention it’s a limited edition? We have a finite amount of these aged nibs and once these bars are gone, that’s it!” It’s super tasty! Like a good bottle of red wine, I like to let dark chocolate breathe a bit after I open the bar (I’ve never seen anything written about this, but I swear after years of tasting, that the bars are texturally creamier a day after I open them) so … if you have enough self-control to buy a bar, slit the paper wrapping and wait a day before you eat, I believe it will be at its best. Alternatively, you can do some research by tasting immediately and then, again, the following day and see what you think. It’s a tough job, but somebody’s gotta do it! Make a toast to the meaningful work Shawn, everyone at Askinosie and all the caring cacao growers do to make this possible!