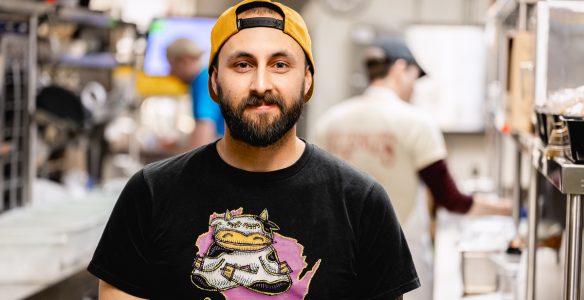 Mike has been working in restaurants since he was a freshman in high school in Wyoming, but he didn’t always think he was going to end up in the food business.  Although he considered going to culinary school, Mike chose his other interest, airplanes, and ended up at Eastern Michigan University to pursue a degree in aviation. His passion for food never left him, and it was during his college years that he first came to work at the Deli, working on our Sandwich Team as a line cook from 2013-2018. 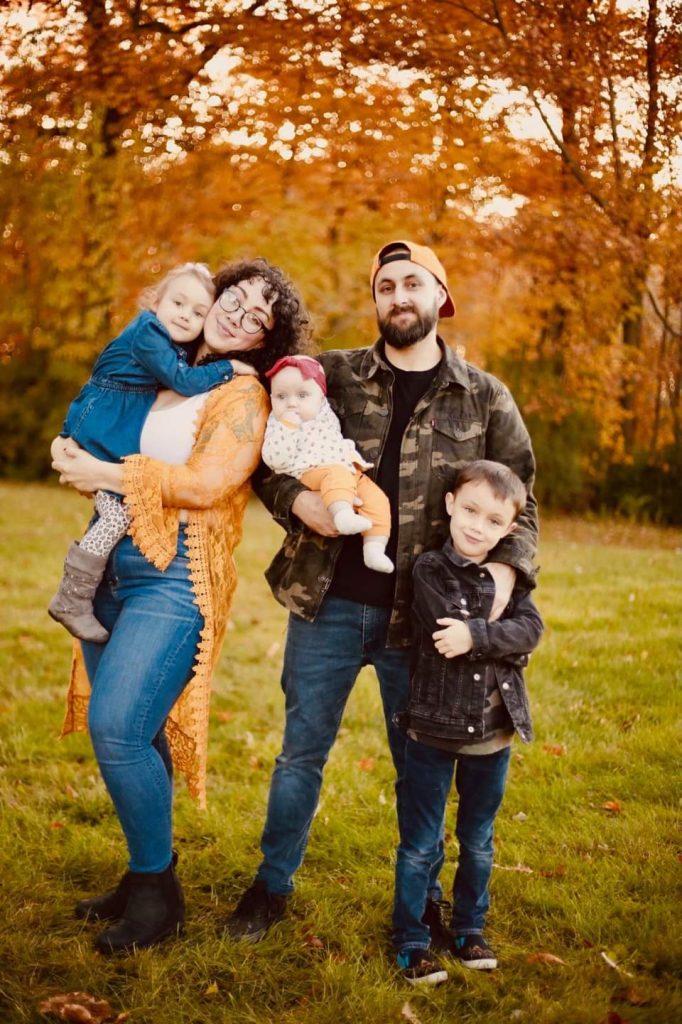 From 2018-2021, Mike and his family travelled the country, pursuing new skills and opportunities in photography and videography, but he was eventually called back to food.  In his childhood state of Wyoming, he and his wife started their own food business at the local farmer’s market.  Making food they loved and loving the opportunity to share it with their community, they served up charcuterie boards, homemade sausages in pretzel buns, hummus boxes, and pasties!  His favorite memory is of the day a Michigan native stopped by their stall and bought out their entire stock of pasties, a childhood favorite of hers!

His family (which includes 3 kids ages 7, 3 going on 4, and 4 months old) is now back in the Ann Arbor area and he is thrilled to be back at the Deli and on the Sandwich Team.

Mike loves making and serving good food, but it’s the people that he is most passionate about.  “Working side by side, hours on end, slinging sandwiches” is his favorite part of working at the Deli.  He is excited to be back “on the line” and in a new leadership role, where he can be a part of the post-pandemic rebuild and change.  He notices that the “hustle and bustle” has changed over the past few of years and he can’t wait to be a part of what is going to happen next.

One of the ways that Mike enjoys building relationships with the people he works with is through training. One of his proudest accomplishments during his years at the Deli was the development and implementation of an advanced meat slicing training program. Mike took on a project to reduce the amount of unusable scraps that resulted when slicing a large cut of meat for sandwiches.  After a lot of research into what caused the waste, Mike helped to develop a training program for staff on new slicing methods.  He then trained 3 of his coworkers and challenged those 3 people to train 3 more people. Pretty soon after, the department went from nobody knowing the new methods to everyone being able to do the job. The staff got raises for learning a new skill and the Deli saved money because more meat was being used for sandwiches instead of going into the compost.