A terrific taste of “traditional Roquefort” and the Roaring Twenties 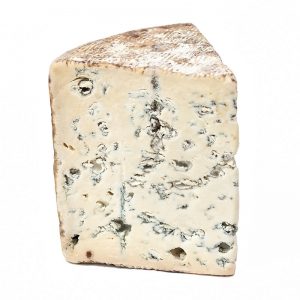 The year was 1924. It was roughly four years after the winding down of the Spanish flu pandemic. Women were winning the right to vote throughout much of the world. In New York, the Harlem Renaissance was in full swing. In a still-segregated America, Black writers such as Langston Hughes and Zora Neale Hurston were gaining acclaim. Babe Ruth was at the height of his career. Emma Goldman had fled the Soviet Union and her book My Disillusionment with Russia had been published the previous year. Films with sound were introduced into theaters the year before, and previously-exclusive technologies like automobiles, phones, and electricity were becoming commonplace. Four years earlier, the 1920 U.S. Census showed that for the first time ever, more Americans were living in cities than in rural areas.

Somewhere in the south of France that same year, meetings were taking place that would have gotten next to no notice anywhere else, but would probably have been quite controversial in the very serious world of French food. After what I can only imagine were a nearly interminable series of back and forth conversations, the cheese powers that be agreed to set legal standards for what could be called Roquefort. Like all certifications of this sort, the new rules were developed in an effort to eliminate the all-too-commonly-found replicas of Roquefort being made around the world. While some good things have certainly come from the codes, at the same time, the new standardized requirements also eliminated some of the craft variability and the poetry of the personal stamp put on the cheese by the best artisan makers. One of those changes was that the codes required that Roquefort be made from 100% sheep milk. For centuries, each maker—though using primarily sheep milk—might have mixed in a bit of cow or goat milk as per their personal circumstances. This blending allowed cheesemakers to balance the fat levels of the milk, which change from day to day depending on season, diet, etc. Before the 1925 implementation of the new regulations, the cheese would have often been matured at warmer temperatures than the codes called for. I referenced the refrigeration issue in an essay about Roquefort (email if you want the essay) that I wrote probably 20 years ago:

At the time, traditionalists fought back by labeling their cheese, “no ice refrigerators.” In this case “progress” won the battle—today, all Roquefort, regardless of need, is placed into the cold storage rooms. Patrick Rance writes regretfully though, that this low temperature refrigeration has taken much of the life out of the cheese, which, he says, “will have their aromatic and textural development arrested and discouraged… ”

This cheese, bearing the beautifully succinct title of “1924,” might well make some of those traditional cheesemakers smile. Although it’s true to the old ways of working, it doesn’t meet the modern requirements, hence can’t legally be called “Roquefort.” 1924 is an homage to those old-school artisans—made for, and aged by, our friends at Mons in France, one of the country’s most respected cheese maturers for many decades. Here’s what they shared:

Mons 1924 is made with a blend of ewe’s and cow’s milk at the Fromagerie de Laqueuille, Puy de Dome. The cheese is aged at a higher temperature, allowing a natural rind to form and encouraging a savoury flavour profile. Our cheeses are aged at our caves near Roanne, almost 400 miles from Roquefort. It has a rich biscuity sweetness, sometimes edging towards white chocolate, complimented by mineral, herbal notes.

The 1924 tastes terrific. Lively, smooth, and significant. Not too strong, but still substantial. A bit bacony almost, with a lovely creamy texture, a bit of butterscotch, and nice long clean finish. I love it on potatoes, salads, or a slice of toasted Roadhouse bread, French baguette, or Country Miche. It’s great on a chicken sandwich and so much more.

NOTE: Jules Mons has been here in the ZCoB for the last 18 months. Little did he know when he arrived in the autumn of 2019 that the world was about to have a pandemic of the sort that in 1924 would have still been deeply and painfully embedded in people’s memories. It’s been an honor and pleasure to work with and learn from Jules! Our relationship with the Mons family has always been a good one, but his positive presence has taken it to new levels which will last for many decades to come!