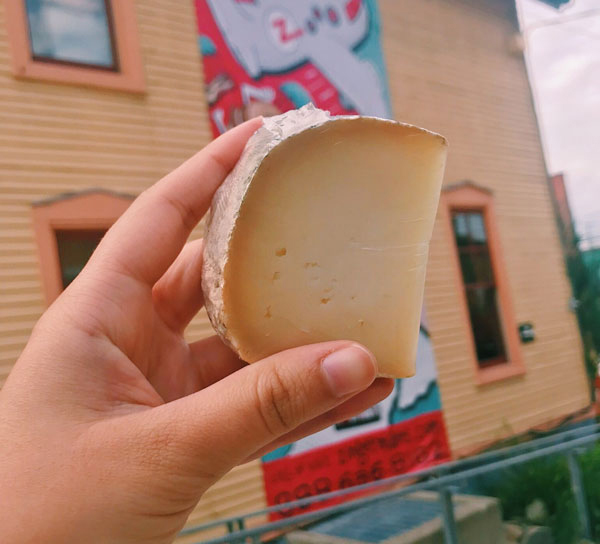 Pretty much everything about Pascualino cheese is intriguing. There’s a solid story and a half in every ounce: an American who became a countess, a two-thousand-year-old estate in Spain’s western region of Extremadura, historical intrigue, a herd of world-famous sheep that yield famously small amounts of very rich milk. Mushroomy, meaty, creamy, sensuous, serious, with a soft, savory finish—while it’s small in size, its flavor is weighty in all the best ways.

The story and the author

The story behind the cheese could well be made into a film. The finca, or farm, has been in the Quintillana family since the 16th century, but was likely built long before that, in Roman times. Up until the middle of the 20th century, the family almost never set foot on it—like so much landed gentry in Spain, they leased the farm to sharecroppers who traveled to Madrid each year to deliver their payments. All that changed when Luis de Figueroa y Perez de Guzman el Bueno, the Count of Romanones, married an American woman named Aline Griffith from the small upstate town of Pearl River, NY in 1947. She’d originally gone to Spain during the war as a spy—part of the OSS, the predecessor of our modern day CIA. Based in Madrid, she handled a small agent network doing decoding work, and also circulating on the Spanish social circuit to report back on the activities of Spanish high society and political goings on. There she met her husband, married and went on to wreak polite havoc with high-end Spanish society. It’s not hard to imagine the scenes—a down-to-earth, smart, feisty American woman challenging the centuries-old protocols of Spanish noble existence.

Over the course of her life, the Countess published seven books, three of which detail her activities as a spy, and one of which (the one I’ve read) talks about her slow but persistent work to restore the Finca at Pascuelete. When she first arrived she was a bit out of her element. The American countess’ curiosity caused more than a bit of a hubbub. Back in those days, let’s just say life in Spain was very different than it is today. Well-dressed women didn’t travel out west, and most certainly not on their own. Wealthy, land-owning families didn’t show up to spend time on their leased lands, but the Countess did exactly that. (For socio-economic context, her social circle over the years included Jacqueline Kennedy, Nancy Reagan, Salvador Dali, Grace Kelly and Audrey Hepburn.) She immersed herself in the ways of the farm, got to know everyone in the town, and set about making it all an active, viable agricultural venture. She fell in love with the place—“the sky is more heaven than anywhere else,” she writes in her book. But, as is still true today, she quickly found out that it was it wasn’t going to be easy. “I soon realized it was nothing short of a miracle that any farmer manages to make ends meet.” 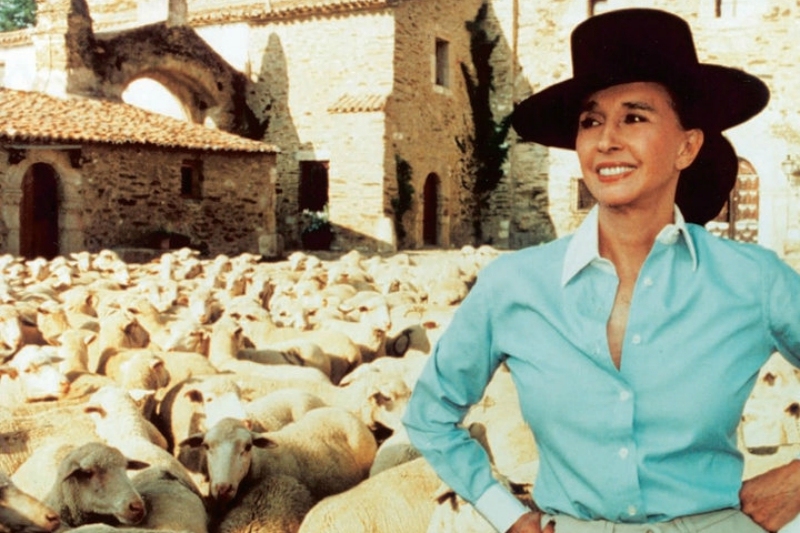 Thanks to her efforts we have this amazing little sheep cheese to sell you. The milk from the finca is fantastic—fresh, organic, from the farm’s own herd of Merino sheep—limited in supply and big in flavor. It’s not inexpensive—the Merino sheep don’t make much milk—they yield a minuscule 25 liters each (total) over the four months a year that they’re being milked. (By contrast the Lacaune sheep used for Roquefort in France deliver about eight times as much.) A half-pound wheel of the Pascualino takes about a day’s worth of milk from eight to 10 sheep. The Pascualino is modestly aged, you could say, maybe a millennial in the milk world—fresh and vibrant, but not long-aged or Parm-like in texture, but firm enough to stand up to slicing. It’s definitely super delicious. It has an earthy aroma but shockingly gentle and sweet for a sheep’s milk cheese. Its semi-firm texture makes it easy to cut thin slices with a sharp knife. The flavor is, I’ve been saying, fantastic—kind of caramelly, with a bit of vanilla and butterscotch, and delicate sheep undertones. Creamy texture. Lovely finish.

Serve the Pascualino as an appetizer with toasted Country Miche or Roadhouse bread from Zingerman’s Bakehouse that’s been doused with extra virgin olive oil (try it with the Marques de Valduesa oil from the same region). Grate it over pasta or salad. It’s great on a cheese board, of course, or just eaten as a snack. Before you eat it, take a minute to remember the story, to imagine western Spain and the upstate-New-York-socialite-turned-farmer working to tap the limited but beautiful natural resources of the region. –