A taste of Christmas, past and present 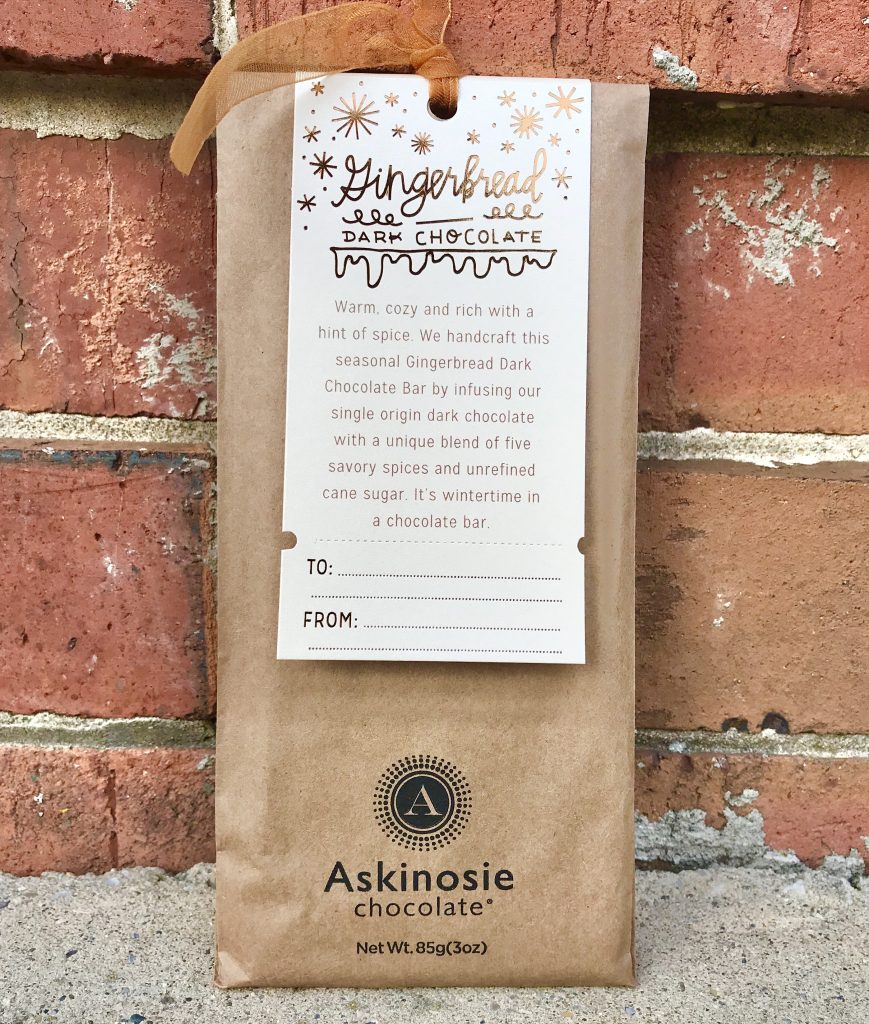 When I think of places where the visioning work has been put most powerfully to work in the world, one of the first examples that comes to mind is the story of the work that Shawn Askinosie has done with the cacao growers at the Mababu Coop in Tanzania. Shawn and his daughter Lawren write about how they’ve done this work in their terrific book, Meaningful Work, and I’ve referenced what they’ve done regularly over the years in my own writing as well. This week they released this touching two-minute video about the visioning work that’s been taking place in Tanzania over the last ten years. If you’re like me, it will lead to some very lovely tears.

When I think about Shawn this time of year, I think about his limited edition Gingerbread Bar. I know it’s designed to appeal to holiday tastes, but I’d happily eat it all year round! It’s one of the best examples of spicing high-quality chocolate I’ve experienced. Spices and European Christmas celebrations have been intertwined for centuries. Ginger has been used in Asian cuisines for ages, and came to Rome in the 1st century AD. It fell out of favor when the Roman Empire receded, then reappeared about a thousand years later. Within a few centuries, it was second only to black pepper in popularity. The Pfeffernüsse I wrote about a few weeks ago are a great example of the latter. (Buy a few boxes ASAP before we stop baking them for the year!)

The chocolate bar itself is made from the super high-quality Trinatario cacao Shawn and crew get from the Mababu coop in Tanzania. It’s a delicious 66% dark chocolate, with lovely creamy cocoa-y notes to it. In its “straight” form, the Tanzania has been one of my favorite chocolate bars for years. In the Gingerbread Bar, the dark chocolate is spiced up with ginger, cinnamon, allspice, nutmeg, and clove. Shawn says,

This chocolate bar reminds me of my mom and the Holidays. Most of us have early chocolate memories which often influence our likes and dislikes later in life. For me, the aroma in my house as a child during Holidays seemed to be allspice and gingerbread cookies. So I like this bar a lot. It reminds of a time when life was, or seemed to be, carefree and the only thing I had to worry about was whether or not I would get Hot Wheels cars from Santa.

Great on its own, it’s got an amazing, rich, deep, almost fudgy texture. The spices are important, but they don’t dominate the chocolate. Eat a bit with some Bakehouse Graham Cracker, or nibble a little while you sip a shot of Espresso Blend #1. Supply is limited—you don’t want to miss out.

> GET A TASTE OF THE HOLIDAYS!