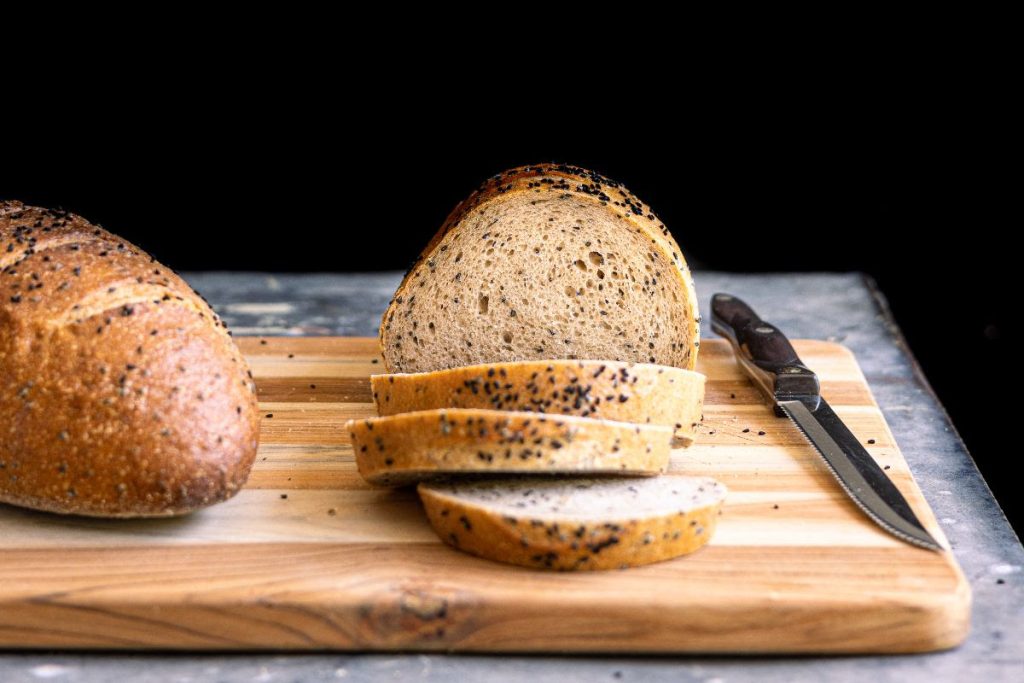 If you’ve had Chernushka Rye before, you’re likely one of the small but mighty cadre of men and women who love it dearly. If you’ve never had it, and if you’re inclined towards slightly exotic, but not over-the-edge flavors, I’m gonna bet that you’ll love it too.
Chernushki (the Russian plural for Chernushka) are the tiny black seeds that you might see more formally written about as Nigella. While they have a bit of a peppery flavor, they aren’t related to peppercorns. The word chernuyi in Russian means “black,” which is what they are—very deep, dense, black in color. Chernushka seeds (also known as kalonji) are native to the Middle East and India. They’re used a lot in bread, but also in other recipes as well. Their flavor is intriguing, almost intoxicating—hinting of thyme, licorice, and onion. You can sprinkle them on salads and pasta dishes. They’re good on roasted potatoes and they partner well with other spices for curries or the classic Bengalese masala, Panch Phoran (which also includes cumin, fenugreek, mustard seed, and fennel).
Amy Emberling, co-managing partner at the Bakehouse and co-author of Zingerman’s Bakehouse (where you can find the Bakehouse Rye recipe!) says,

The floral and spicy aroma of this bread is distinctive, foreign, and exotic. To many, it’s completely unidentifiable. For me the aroma transports me back 40 years or so to my 10-year-old self, doing errands with my beloved mother during our Saturday afternoon routine. I’m the youngest of four and this weekly tradition was my way to have some personal time with my mother. One regular stop on our weekly route was the childhood Deli of my youth, Ike’s. While our Montreal Smoked Meat was being sliced and the adults had adult conversation, I happily explored the shelves full of foreign, unfamiliar foods and took in the unusual smells of the store. Unbeknownst to me, until I started baking this bread here in the ’90s, one of these aromas was Chernushka. It brings me joy just to breathe the scent of this bread.

The health benefits of Chernushka seeds are legendary. Muhammad once stated, “The black seed can heal every disease, except death.” They’re also said to act as a natural insect repellent. The most important part of this equation, though, is the eating. I think the Chernushka Rye is really good with corned beef or pastrami, or, as Amy alluded, with Montreal smoked meat. I like it with chopped liver, or smoked whitefish salad. Toast it and spread it with the Creamery’s Cream Cheese or Goat Cream Cheese. Cut a thick slice from a fresh loaf and spread it with really good, cultured butter.

> THIS IS A SEASONAL ITEM. TO CHECK AVAILABILITY, VISIT OUR SPECIAL BAKE LIST!