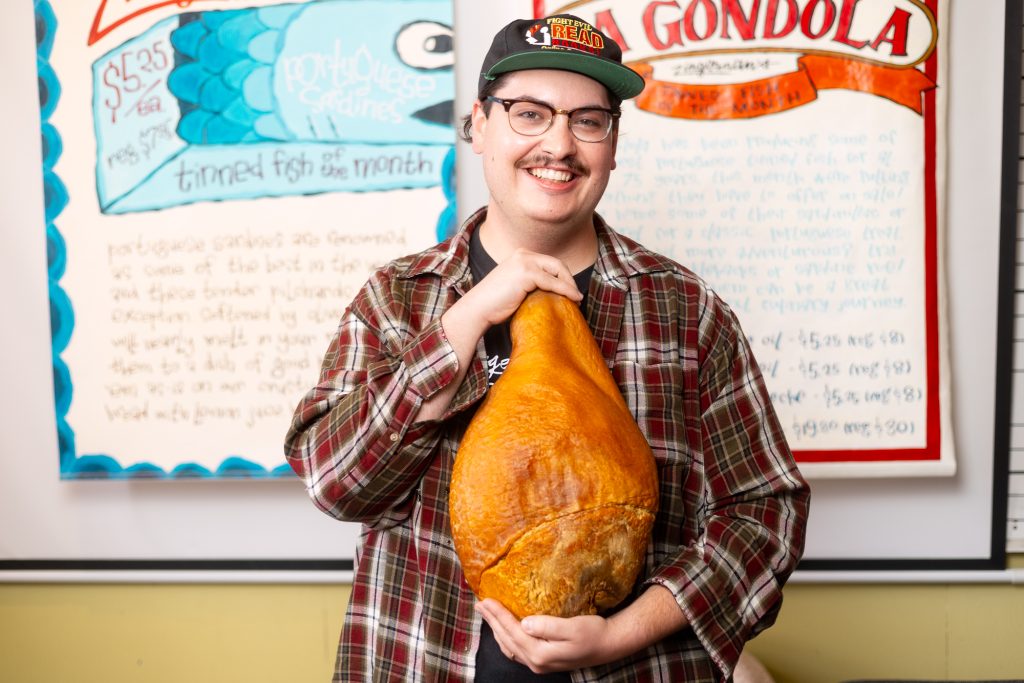 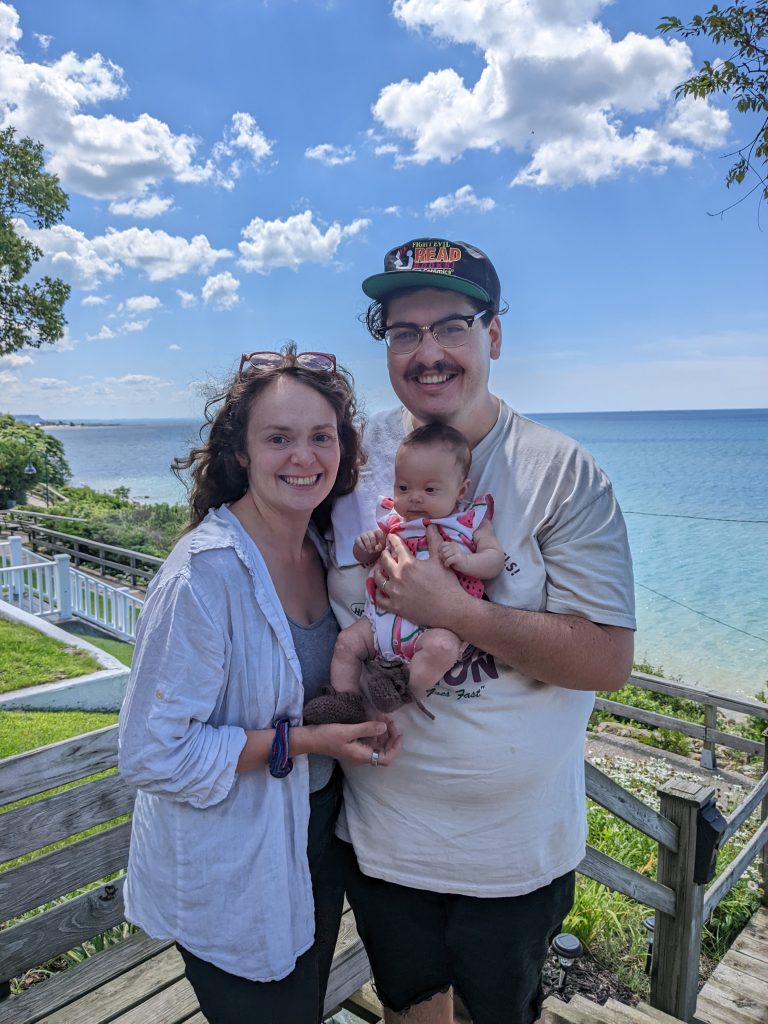 Connor Valone grew up in Royal Oak, Michigan, and has his bachelor’s degree from Wayne State (Urban Studies with a minor in Political Science), where he focused his studies on race relations and sociology. Connor admits that his degree and his job aren’t closely connected, though acknowledges there’s some amount of sociology involved with traditional foodways.

His path to Ann Arbor was a slightly resistant one—Connor’s girlfriend, now wife, landed her dream job in town, but he was “hellbent on staying” in Detroit where they were living at the time. He now loves it, saying, “Ann Arbor is a perfect fit for me and my family.” (Shortly after they moved here, he took a holiday job at Zingerman’s Mail Order, where a Deli staffer picking up some holiday overtime pointed him in the direction of the Deli Specialty Foods department—the rest is history!)

When Connor’s not at work, you’ll find him cooking at home, tending to his sprawling tomato garden in the summertime, and spending as much time as possible up north with his family. He loves taking his four-month-old baby, Althea, for drives in the countryside, walks in local nature areas, and playing her records from his collection while dancing around their living room.

Connor’s been with us since 2019. His quiet competence and confidence meant he was quickly promoted to Specialty Foods Supervisor, then Meat Buyer, and now Deli Events Assistant.

With three official titles, he wears a lot of hats every day, which is just the way he likes it.

With no formal culinary training, Connor says the hands-on knowledge he’s gained behind the counter is invaluable, adding:

I get immense satisfaction opening wheels of cheese, big or small (but mostly the big ones); the adrenaline & endorphin rush, which I’m not sure is normal or not, that I get while slowly and deliberately opening a clothbound cheddar, a wheel of specially selected Comté, or Parmigiano-Reggiano is addicting, and it’s a big part of the reason I clock in.

And while Connor unquestionably loves the food, his favorite part about working at the Deli is the people, both the guests and his colleagues. Connor “relishes the opportunity” to share with guests the history of Zingerman’s and how we’ve grown. And he happily fields “What do I eat this with?” questions, providing pairing suggestions that extend well beyond the usual suspects of crackers into pickled things, beverages, and seasonally appropriate produce. Connor values that he gets to laugh a lot at work, saying, “it’s an incredible stress reliever and cathartic experience that seems to lift my mood at multiple points throughout the day.” (Sounds like your ideal work environment? We’re hiring!) 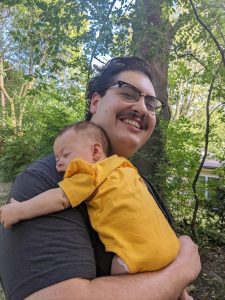 > CHECK OUT OUR OTHER MEET THE DELI DETAIL POSTS