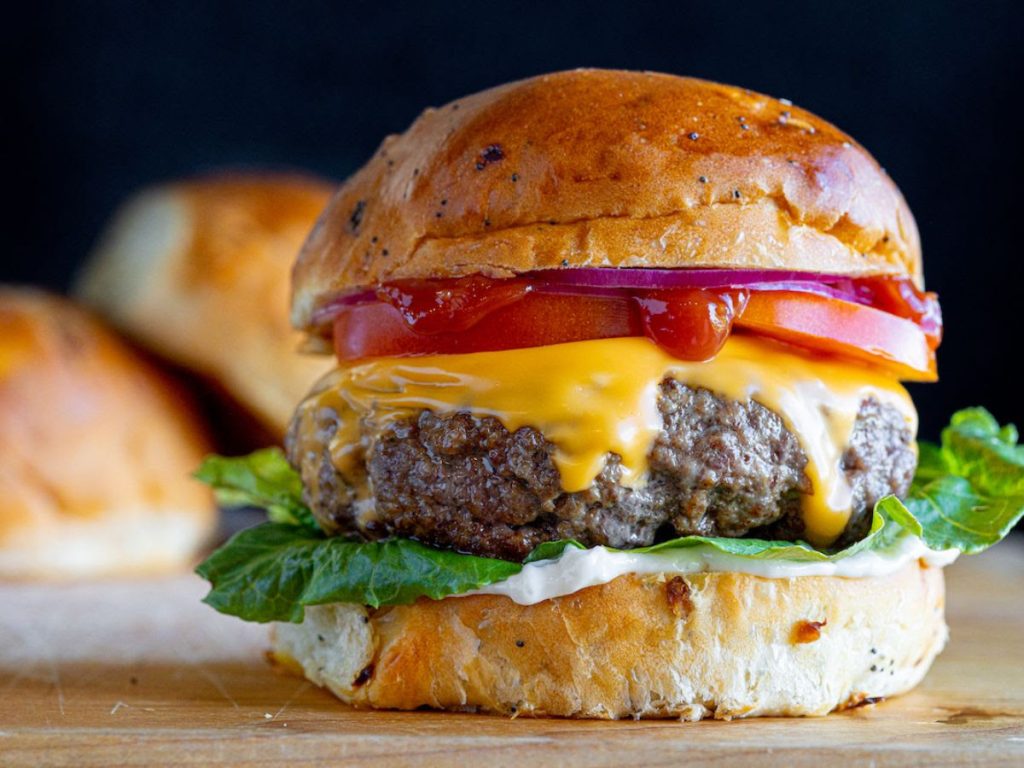 Back in the early months of 1982, Paul and I drove all over the Detroit area together going from one bakery to another to try rye bread. The one we settled on, for whatever reasons of fate and good fortune, was the only one of the two dozen breads we tasted that would not deliver to Ann Arbor! We picked up baked goods from them every day for ten years until September of 1992 when, in our drive to improve the quality of our bread, we opened the Bakehouse—Frank Carollo was the Managing Partner; Amy Emberling was one of the original bakers and joined Frank eight years later as a Managing Partner. Jaison Restrick, who became a Managing Partner earlier this year, started working in the shop in 1998!

Back when we were still getting the bread from the Detroit suburbs, one of the positive side notes was what they called New Yorkers. Soft, square in shape, onion rolls, filled with a generous dose of dark roasted onions and plenty of poppy seeds. I’d never seen them before, and I’ve still not found anyone outside the area who knows New Yorker onion rolls or has any background to share about their history.

It’s not hard to imagine rolls like this as a part of the baking of poverty that took place for centuries in so many Eastern European Jewish communities. Onions were readily available in northern climates and could be grown by almost anyone interested. Unlike more expensive spices like cinnamon, poppies grew locally and seeds were plentiful. It seems reasonable that Eastern European Jews who came to the U.S. in the early years of the 20th century would almost certainly have brought some along.

New Yorker onion rolls are terrific just eaten out of hand. Great with lots of butter or the Creamery’s handmade cream cheese. Since I love poppy seeds, I might just spread on some cream cheese and then throw an extra handful of seeds in the middle before I eat it. I think they’re wonderful for egg sandwiches—either a fried egg, or scrambled eggs. Spot-on for burgers or BLTs as well. In fact, thinking back, making a BLT on a New Yorker was a regular morning treat for us when we opened the Deli. And since we’re in the height of tomato season, now’s the time.