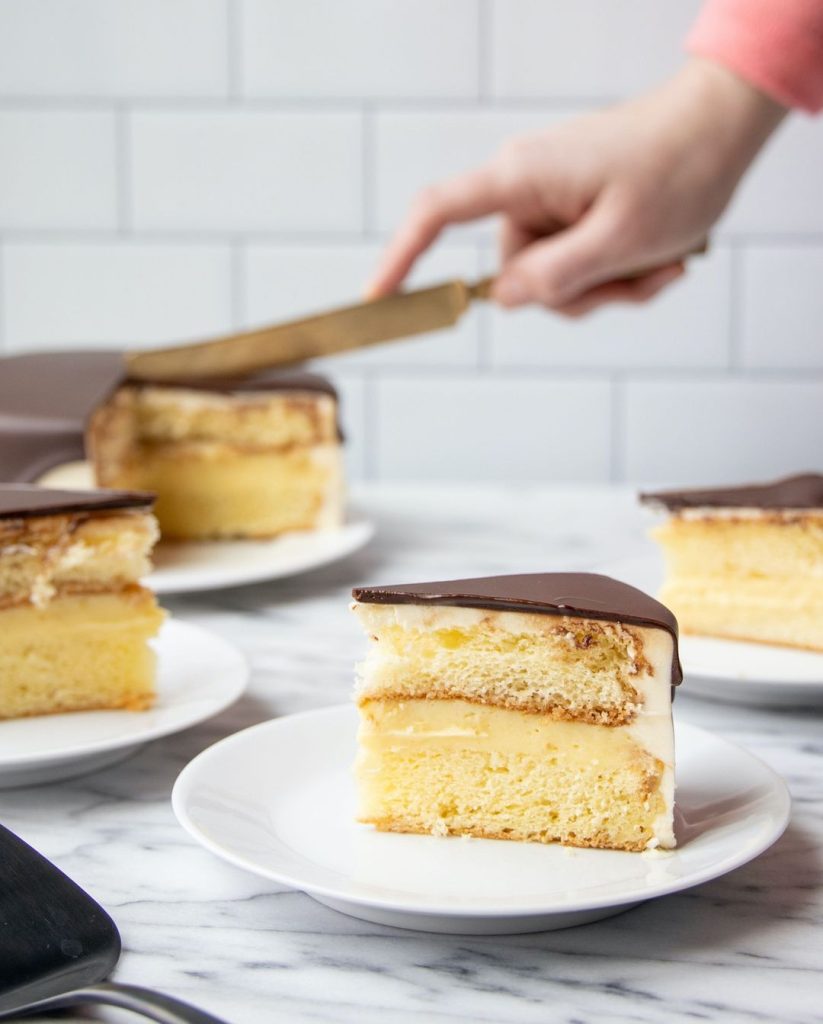 I’ve previously written about Mississippi Mud Pie. Shifting 1,300 miles to the northeast, we arrive at this other great American “pie.” Or maybe I should say “non-pie,” because although both have long had “pie” in their names, neither of the two really fits into the typical, flaky-pastry-crust-with-a-fruit-or-nut-filling—kind of way. Even scholar Evan Jones, in his wonderful book American Food, admits that, “the fact that it is really a cake disguised by this misnomer remains unexplained.”em> Name aside, what we do know is that Mississippi Mud Pie and Boston Cream Pie are both terrific! And both have a history rooted in a single state’s folklore—in December 1996, while we were preparing for our 14th holiday season at Zingerman’s, the state of Massachusetts quietly declared Boston Cream Pie to be the official state dessert. I missed the announcement back then, but now, I’m happy to say we take full advantage of the Bay State’s culinary legacy all the way out here in Ann Arbor.

If you don’t already know Boston Cream Pie, it’s two layers of moist vanilla chiffon cake, filled with fresh vanilla bean pastry cream, covered with a lovely thin layer of vanilla buttercream and then last, but not least, rich dark chocolate ganache. Amy Emberling, co-managing partner writes that, “We love to make classic foods, the ones that have passed the rest of time. Boston Cream Pie lands in that category.” I agree. Take one bite and you’ll know why it has a whole state so devoted to it.