The Roaster’s Pick for June 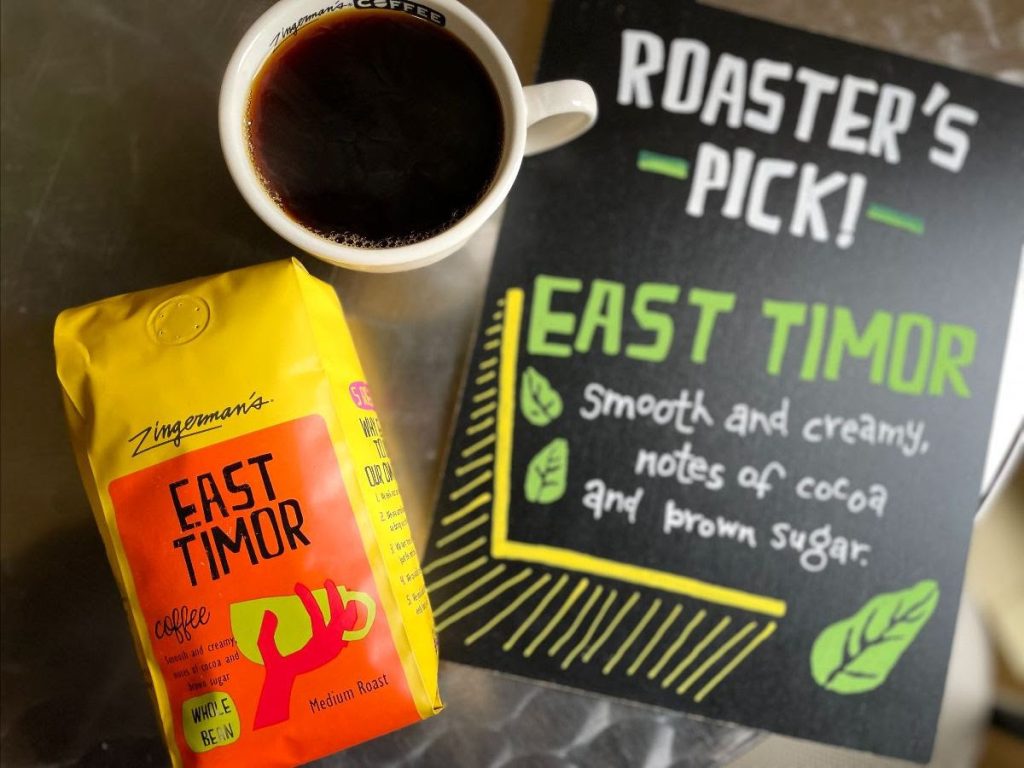 Unbeknownst to most Americans, some of the best coffee beans in the world grow nearly 10,000 miles west of Ann Arbor in the southern hemisphere—halfway between Indonesia and Australia, on the tiny island of East Timor. To get from here to there, it’s at least a day and a half of travel time. Alternatively, you can come by the Deli this month and buy some of the coffee right here in Ann Arbor.

Coffee, native to Ethiopia, arrived in East Timor in the early 19th century as part of the long, brutal, and painful period of colonialism on the island. Portugal gained independence in 1975, but that relatively brief window of freedom was quickly followed by the invasion of Indonesia. An international movement began to push back against the invasion, and they finally achieved independence in 2002. Sustainable coffee-growing is one of the ways that the island nation makes its economy work—coffee now accounts for nearly 80 percent of its non-oil exports. Thanks to a handful of quality-conscious growers, the beans make for some beautiful brewing. The crew at the Coffee Company says:

We were most surprised by this coffee’s unique mouthfeel. There is a rich, creamy quality to each sip that we find delicious. Smooth and creamy with nice notes of cocoa and brown sugar.
It has little hints of buckwheat honey, or maybe even sorghum, with a creamy, almost custardy mouthfeel. The Coffee Company has it loaded into a grinder to brew as an espresso—it’s really tasty and nutty, like a toasted sesame candy. I think it is terrific brewed in the Chemex—super clear and toasty, like great viola music in a cup.

Swing by the Deli all month to try this terrific taste of the island. If you want to have a bag of beans shipped your way, email us at [email protected] or use our delivery service. Be sure to check out our other coffee options while you’re here!

> BUY A BAG OF BEANS TODAY!