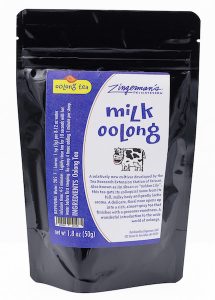 It’s nearly 20 years ago now that we started to roast our own coffee. Up until that point I drank coffee only rarely, mostly if (as is still often the case, in Italy) there was no other choice. Tea was my thing. Every morning, and throughout the day. I drank it, I appreciated it, I studied it, and wrote about it. When we started roasting our own coffee in the early 00s, all that was altered. I felt the responsibility, as I did with most everything else we made or sold, to check quality. So, I started to sip coffee regularly. And study the “whys” and “wheres” and history and “how-to-prepare-its” that go with all the food and drink we offer. I wasn’t exactly looking forward to it, but it felt like the right thing to do. It was, I suppose in hindsight, one of those thresholds into a new relationship, one where my barely conscious beliefs played a big role. In this case, I’m happy to say, the role was a positive one. If we were going to start a business that bought, roasted, brewed, and sold coffee for a living, my belief was I’d better start studying.

Like my connection with Paul, it worked out well. Over time, I grew to like coffee, then to love it, and for years now coffee has been part of my daily morning and evening rituals. In a vote for beliefs about abundance, I don’t love tea any less. So, although my mornings almost always start now with tasting—and enjoying—our coffee, I’ve always got one eye out for new teas coming into the Deli. When they do, I’m pretty quick to pick up some to take home and brew. Which is how I got to this new-to-us Taiwanese Milk Oolong—it’s terrific!

To be clear up front, the “milk” is only in the name. There’s no dairy in the tea itself. It gets its name from its wonderful soft subtle milkiness. It’s an oolong, which means that it’s partially oxidized, part way between a green and a black. Nutty, maybe almost slightly subtly sweet. Jackson Konwinski who’s been working hard on the tea offerings at the Deli for the last few years (and doing a terrific job of it) says that:

This tea is a modern oolong style from Taiwan. It’s a cultivar called Jin Shuan or Golden Lily but gets its colloquial name because it has a milky aroma, a slightly lactic taste, and a creamier mouthfeel. It’s rolled in the Tieguanyin/Iron Goddess style but from larger leaves and buds on the greener, less oxidized and roasted side. The tea is otherwise an aromatic or fragrant oolong style that could be considered a cousin of the Ben Shan Oolong. (Lower quality versions of Milk Oolong add flavorings/aromas to amp up the milky/buttery flavors. That’s not the case here.)

The Milk Oolong is a farmstead production—Chang Hung Chin and his family both raise the tea plants, pick them and turn them into tea for you and me to drink. The tea is grown at about 2000 feet of altitude and is hand-picked in late October. Mr. Chang says:

My brother and I started making tea with our parents very early on. We were just kids. We are the second generation of producers in our family. My mother was the first to develop an interest in tea. Back then, there were very few machines to help us and making tea was very hard work. Everything had to be transformed by hand and leaves were carried around in carts. We have our own tea garden and rent another one under contract. Our tea garden is about 5 hectares while the one we rent is about 10.

Historically, tea plants were brought to Taiwan from the Chinese mainland only in the 18th century. By the 1860s, tea was one of the island’s top exports, with most of its black tea going to Tsarist Russia and Ottoman Turkey. Oolong production in Taiwan dates to the second half of the 19th century—it was encouraged originally as a commercial counterpoint, a market differentiator, when the British focused on exporting black tea from India back to Europe. Taiwanese oolongs have, at times, been called the “Champagne of teas” for their light liveliness, and this Milk Oolong would, I believe, fall nicely into that lovely, if loose, description.

Our Montreal-based tea importer Kevin Gascoyne says, “You’ll find refreshing flowery notes (lily, dandelions) alongside vanilla overtones and, perhaps, a subtle spicy finish (cinnamon, nutmeg). All famously coated in this thick and syrupy texture.” For me it has light hints of hazelnuts and maybe a bit of the floral character I get from Greek Mountain “tea” (it’s not really tea, but rather, herbs). The Milk Oolong is high in polyphenols and is said to reduce stress—along with a slew of other health benefits. Like most oolongs, it’s probably best brewed with water that’s not quite at boiling, slightly over 200°F.

If you’re a tea drinker, and even if you’re not, drop by the Deli and grab a bag of this new Taiwanese brew. It’s a light, excellent way to welcome spring. I look forward to sipping some on a sunny afternoon soon!