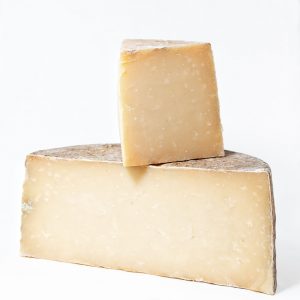 If I were putting together a book of poetry about people who stayed in place and made a long term lasting difference in their communities, Willi Lehner would surely be in it. He’s been making artisan cheese on his farm just outside the tiny town of Blue Mounds, Wisconsin for about as long as we’ve been working at the Deli. Both Gary Snyder and Wendell Berry would surely tip their hats to how well Willi and his partner Kitas McKnight have done their work. They care for the land, for the environment (they converted to full solar years ago—he hasn’t had a utility bill for around seven years), and they make marvelous cheese. Willi literally integrates the place into his products—he uses what he calls an “Earth-schmier,” a brine that uses some of the local soil, to wash the rind of his cheddar. Ten years or so ago he built an exceptional cheese aging cave into the mountain side and the quality of that work is contributing greatly to the maturing and flavor of the finished cheeses. His love, passion, and long-term commitment to quality shows through in every cheese of his you’ll taste.

I met Willi years ago, not long after we’d both started our respective businesses, through the American Cheese Society. Willi’s father was a cheesemaker in Switzerland, so he’s been around cheesemaking his whole life. His cheese and work are so good that our friends at Neal’s Yard Dairy in London made Willi’s cheddar one of the only non-British or Irish cheeses they have had on the counter at various points over the years. The New York Times once called Willi the “off-the-grid rock star of the Wisconsin artisanal cheese movement.” I’m not sure how they decide these things, but a few years ago Bon Appetit named Willi’s cheddar “one of the 25 most important cheeses in the U.S.” In the spirit of choosing healthy limits, Willi intentionally keeps his production levels pretty much right where he wants them. Enough to live on in a modest way, and not much more. “If he really wanted to, he could distribute nationwide and sell a lot more cheese,” says Ken Monteleone, long-time ZingTrain client and the owner of the fine Madison shop Fromagination. “I admire his discipline to say no, this is all I want to make. Willi’s carved a nice life for himself. He’s found a formula that takes years for some people to figure out.” Willi has historically sold nearly all of his cheese in his twice-a-week visit to the Dane County Farmers Market in Madison. This year, in one of the few upsides of the upside-down year that was 2020, his Farmer’s Market sales have fallen way off, which has made it slightly easier for us to get more of Willi’s cheese. 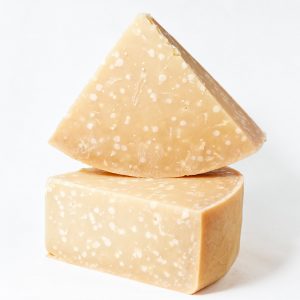 Willi’s cloth-wrapped cheddar is about 18 months old right now—the flavor is full, rich, earthy, nutty with a touch of the egginess and all the mystery and magic that mark the great English cheddars. We’re also fortunate enough to have some of his Grana, the hard aged grating (and eating) cheese that is made in small batches and, consequently, hard to get. It usually goes out only to the Farmer’s Market, so we’re feeling particularly fortunate to have some on our counter.