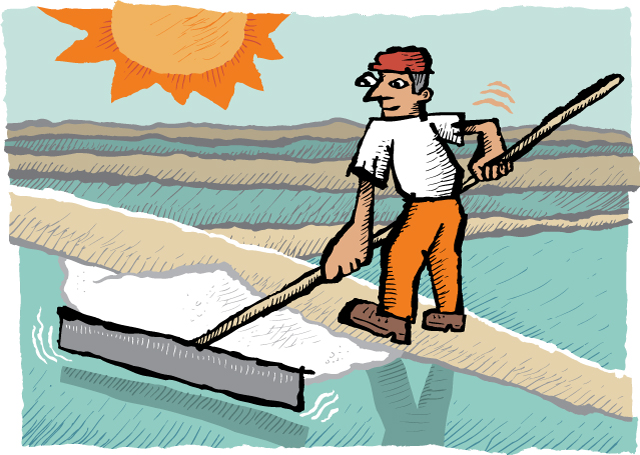 Each salt has its own distinctive history, flavor, color and texture, all of which I’m eager to learn about and experiment within the kitchen. But while I’m excited for the opportunity experience such a breadth of what’s now on the market, seeing so many special salts reminded to look back to one of the basics of cooking—proper salting of the food we prepare, serve and sell.

I’ve actually had the importance of salting on my mind for a while now. Last year I was attending a culinary conference, where, in a session on barbecue, one of the chefs who presented completely caught my attention: “Hey!” he said, “In my kitchen, I call salt ‘money.’ You can put the best ingredients in the world into your food but if you blow it on the salt the customer’s experience of the dish isn’t going to be very good. . . . three or four cents worth of salt can cost you a lot of money.”

This simple statement was, for me, what we refer to at Zingerman’s as, a “belated glimpse of the obvious.” Because while what he said wasn’t new news in the least, putting it the way that he did got me to thinking about the importance of salt—and the teaching of proper salting of the food—in a more effective light.

Quite simply, I don’t think it’s possible to overstress the import of salt in the professional food world—salt levels can and will completely alter the eating experience of the person who’s consuming what we’re selling. Perfectly salted food is superb. But too much means that the salt will overwhelm everything else in the dish. And undersalting is really almost as bad; an untrained palate eating an undersalted dish will think it’s really not very good. Here are a few real-life experiences that illustrate the point all too (painfully) well.

I was expediting one night at Zingerman’s Roadhouse—our full service sit-down restaurant—when, within a matter of five minutes we had three comments come in that the Creole Matzoh ball soup we were serving was no good. (If you’re intrigued by the name, the recipe is in Marcie Ferris’ excellent book, “Matzoh Ball Gumbo”). In each case the guests said something along the lines of “the matzo balls were good” but the broth was either “tasteless,” “watery” or “flavorless” (or a combo of all three in one case). This sudden flurry of complaints caught me off guard because we’d been serving the dish for three or four days already and had gotten a lot of compliments on it. And the recipe for the base broth the customers were complaining about is the exact same one we’ve been using at the Deli for over two decades where it’s long been one of our most popular items.

In hindsight the problem started because I’d failed to check the broth in my usual pre-shift quality checking. Unfortunately, neither had anyone else. And together we’d created a problem. When I tasted the broth right after these three complaints came in, I realized immediately why the guests were unhappy—the broth we’d served them hadn’t been salted. See, in order to avoid the problem of broth getting too salty during reheating, we always salt ours when we warm it for service, rather than during the initial cooking. And in this case, the salt had never been added.

The “salt as money” thing couldn’t have been more direct and to the point—the only thing wrong with what we’d served was that it hadn’t had enough salt in it. That everything else was perfect, didn’t much matter. And in the interest of good service, we ended up comping something like five bowls of soup, and I spent a good bit of time talking to the customers as well.

The good news is that I had the chance to demonstrate all this to the guests by simply bringing them a taste of the exact same broth to which we’d added an appropriate amount of salt. And sure enough, with the addition of about six cents worth of salt, their experience of the broth was completely altered. They couldn’t believe how much difference it made. A nice bit of education for them, an expensive lesson for us.

I’m glad to say that this problem isn’t an everyday occurrence. But I can’t tell you that it hasn’t happened before. Lest I thought these problems to happen only to us, I’ve had a similar experience with things being undersalted in many other venues. Not long ago it happened at one of my favorite restaurants, one in which the chef is a friend and the food is pretty consistently excellent. Yet even there, the dish I ordered on this most recent visit came out slightly undersalted. Now because I know cooking and I know the chef and I know the restaurant, I hardly hold this slight slip against anyone, and I simply added salt at the table. But had I not been a food professional, on my first visit to this restaurant, it’s pretty safe to say that I probably would have been underwhelmed by what I was eating, and I might very well have chosen not to return. I’ve experienced the same problem buying breads, baked goods, cheeses and almost everything else you might imagine over the years. A few cents worth of salt would have made all the difference in the world. Bad news for the baker, cook or cheesemaker who worked so long and so hard to get something great out to her customer. 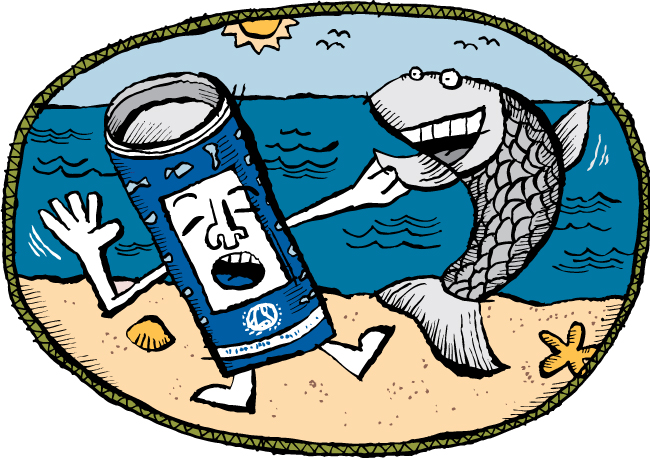 Conversely, that very same week as the soup incident we had a piece of prepared-to-order fish on which the line cook got a bit overzealous in his salting. Everything else about the dish was perfect, but excessive salt made the guest’s experience of it rather unpleasant. Again, we refunded money and/or replaced the product. All because we put on about twenty-five grains more sea salt than we should have.

Of course even beyond the financial cost there’s the reality that the guest’s experience of the food was so much less than it could have been. Again, a few pennies worth of salt completely altered the customer’s culinary experience had we not been able to correct the problem quickly in the moment. But it could easily have put poor word of mouth about our food out into the community. And that all the (literally years) of good work to find the raw materials, develop the recipes, train the crew, build the business, etc. was let slip simply by our inappropriate levels of salt.

While this tip is of little help in baking, charcuterie or cheesemaking, in cooking it’s helpful to add salt in small quantities early in the cooking process and then continue to add bits of it as you go. The early addition of salt—say when you start sautéing vegetables for a sauce—draws moisture out early on and helps to blend and concentrate the flavors of what you’re preparing. In the end, you’ll actually use less salt and gain more flavor by taking this approach.)

Getting the Salt Straight

So, what can we all do to help make this salt thing a positive instead of a negative? Here are seven things that are at the top of my list:

While I can’t imagine that proper salting is something too many of us are naturally passionate about, I hope that this will at least have created a fairly compelling case to approach salt and salting with a higher level of organizational awareness. For a very small proactive investment of time and energy we have the chance to significantly improve the eating experience we offer our customers, build repeat business by serving ever-better tasting food, and reduce the frequency of complaints and the high cost of handling them. And, best of all, we get to invest all those positive returns into in other, far more uplifting areas of work. Like more training, profit sharing, new equipment, or maybe even expanding our inventory of fine sea salts! —

The current low cost of commercial salt hides its long-standing historical value; what we take totally for granted in the modern world was, for most of human history, a rare and wonderful treasure. Centuries ago table salt was seriously hard to come by. Salt was taken from the sea or the earth with the same passion people might put into panning for gold or searching for silver. There were times in history were salt was traded for more than most precious metals. In fact, the root of the word “salary” is derived from the fact that in Roman times soldiers were paid a special salt allowance, called a salarium, so the idea of calling “salt” “money” is probably more historically oriented than a casual listener to the chef’s speech would have thought.

This search for salt may have been minimized by modern mining techniques but it’s only a catastrophe or two away. Take a look at this:

“For a peasant family, the most vital necessity was salt: not just for cooking, but for the preservation of meat. There were a number of salt-pans on coast, but far too few to satisfy the demand. Some people went down to the sea with cauldrons and tried to make enough by boiling seawater. Many were prepared to walk seventy miles or so each way, to buy salt with money or barter it for flour; a number walked from Aulla over the mountains to Parma when it was rumoured that a consignment had arrived.”

Sound like a centuries-old story from ancient Rome? Try Tuscany in the middle of the 20th century. It’s related by author Kinta Beevor, in her memoir A Tuscan Childhood, telling of the desperate efforts of Italian townspeople to find salt in the months after the end of World War II.

Learn 10 Ways To Use Truffle Salt!