A washed-rind cheese from the southwest of Ireland 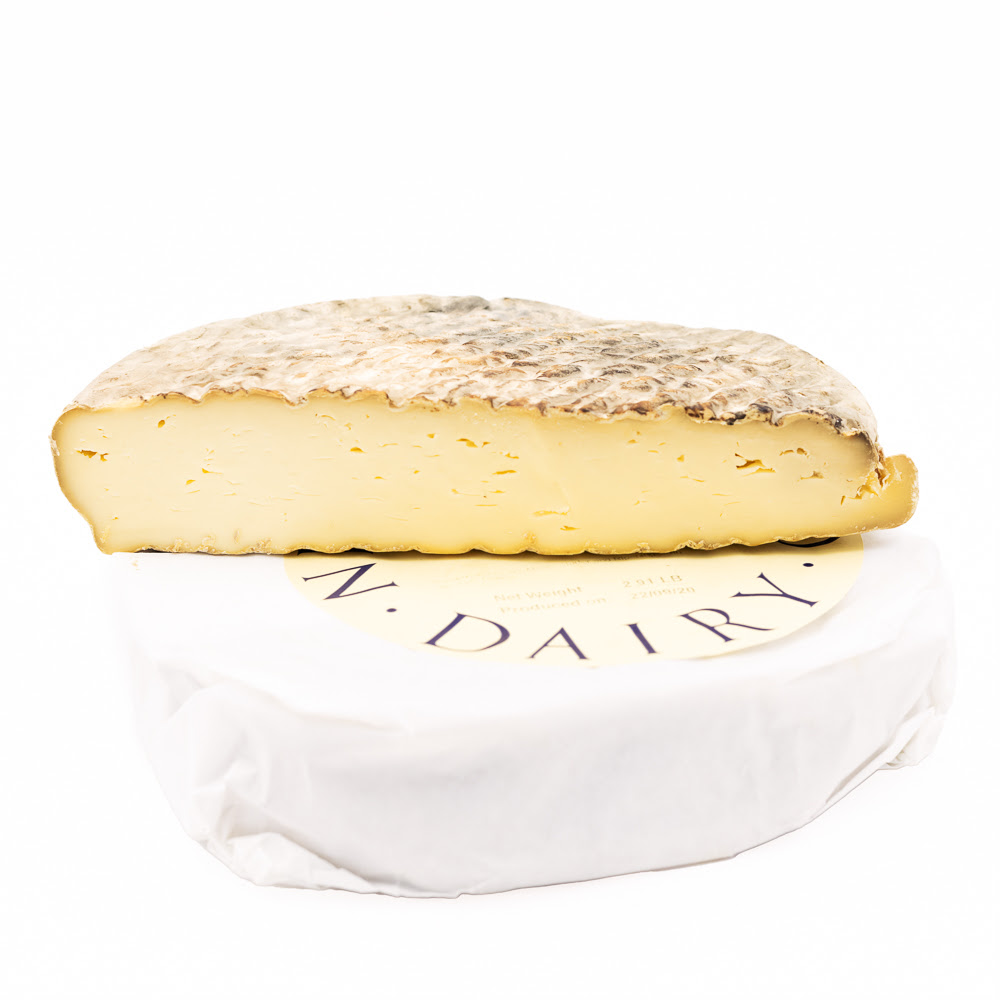 This lovely, washed-rind cheese has been tasting super terrific over the last few weeks, and the people behind it are all beautiful souls.

Part of the reason that I’ve long been so enamored with Ireland is because the spirit of generosity is so embedded in everyday culture. Some of the first cheesemakers I visited in Ireland in the late 80s, Tom and Giana Ferguson, had probably been hand making Gubbeen cheese for about ten years already by the time I got there. They have always embodied the spirit of generosity with grace and genuine enthusiasm; I showed up in my small, rented, grey Opel not knowing them at all and within an hour or so had been invited to stay for supper. The Ferguson’s live and farm almost as far to the southwest in Ireland as one can get without falling into the sea—Schull is on the bottom bit of a peninsula that sticks out into the Atlantic Ocean. When Giana and Tom married, she moved to Ireland from England, bringing along her British-Hungarian background. The farm had been in Tom Ferguson’s family for many generations. Wanting to turn the fantastic grazing lands into something special—blessed as they were by good soil and a steady sea breeze from the southwest—they set out to make cheese. At the time there were only a couple other artisan cheesemakers in all of Ireland, and the Fergusons were some of the first to reestablish the old traditions.

Gubeen is a washed rind, or “monastery” cheese, semi-soft in consistency, and big, mushroomy, and meaty in flavor. The name “Gubbeen” is an anglicization of the Irish word “Gobín,” which means a small mouthful—a reference to a nearby bay. The milk comes solely from the Ferguson’s own herd of Friesians, Simmentals, Jerseys, and the ancient Irish breed of Kerrys. The texture of the cheese is in the tradition of St. Nectaire or Tomme de Savoie, but with a wholly unique flavor. Its character is enhanced by being washed during the maturing with its own bacteria, formally recognized 20 years ago in the scientific world as Microbacterium gubbeenense.

You can eat Gubbeen just as it is, rind and all, from cheese boards. Like all good cheese, it will be at its best at room temperature. It’s used regularly in Irish pizza places—I once had some topped with Spanish chorizo that was super tasty. It makes a marvelous mac and cheese. And perhaps it’s most famously used by my friends at Fumbally Café in Dublin for their excellent Fumbally Eggs, which I wish I could pop over to order right now. My last trip overseas before the pandemic was to Ireland in the fall of 2019, where I did a day of ZingTrain hosted by the folks at the Fumbally.

> GET YOUR GUBBEEN FROM THE DELI!