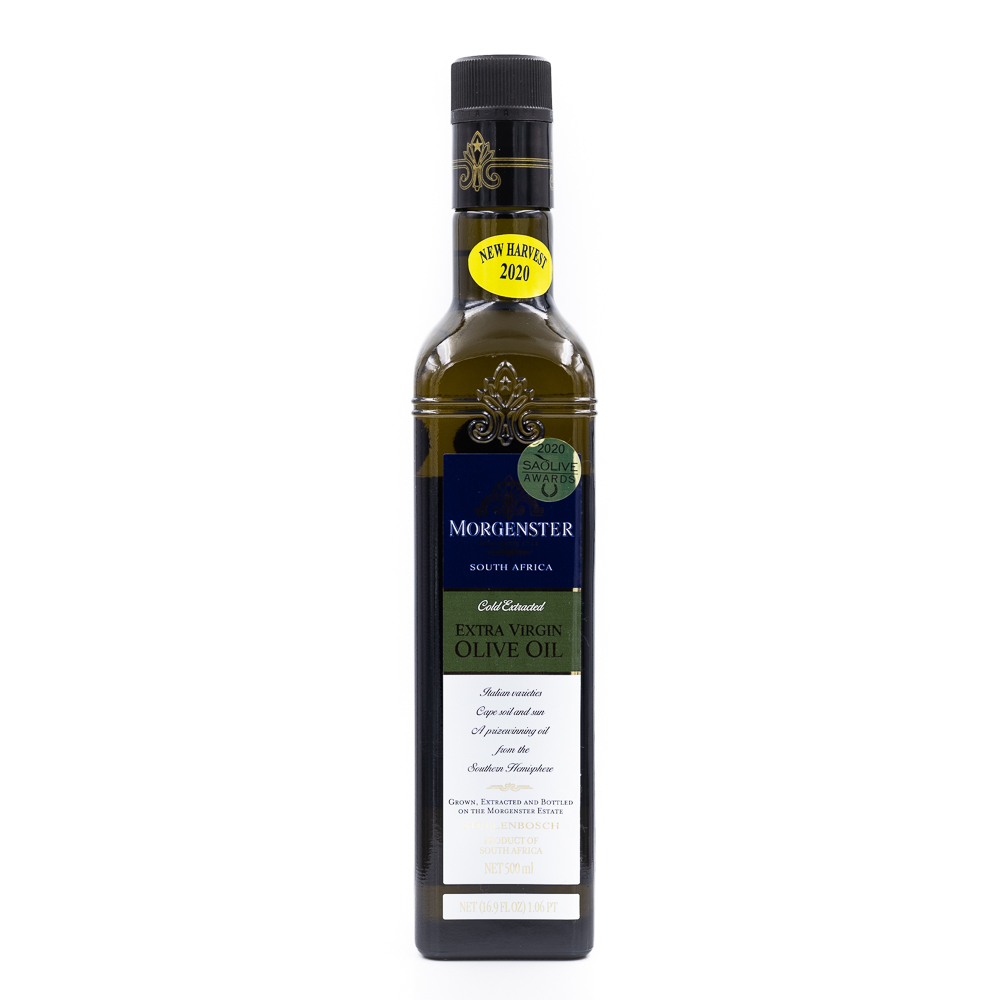 Here’s an olive oil story you’re not likely to have heard! Its origins, as is true of many of our favorite olive oils, are rooted in Italy. In this case it was in Piemonte, in northwestern Italy. Giulio Bertrand built his wealth in the textile trade in the second half of the 20th century. A lover of nature and conservation, he decided to buy land for his retirement in South Africa. After a good bit of research, in 1992 he chose the old Morgenster Estate in the Stellenbosch region, near the foothills of the Helderberg Mountain in Somerset West; the name of the estate means “morning star” in Dutch. The house was built in 1786, ten years after the American revolution, by Dutch colonists.

Signor Bertrand fairly quickly realized that the hills behind the Manor were comparable to the colline he had lived near in his native Piedmont, so he started the work to grow grapes and make wine. Years later, Morgenster’s Bordeaux began to win raves in the wine world. Clearly a go-getter, whose philosophy throughout his work-life has been one of going for greatness, Bertrand then began to look into what it would take to grow olives. He connected with the Olive Oil Research Institute in Perugia, Italy, and through them arranged to transport young trees to the Cape. Today they raise a range of Italian cultivars—the farm grows seventeen different varietals. His work has worked! The Flos Olei Guide called the Morgenster, “One of only seven oils in the world which has achieved consistently quality at an exceptionally high level for over four years, earning 97 out of a possible 100 points each year.”

In the spirit of generosity, Morgenster is helping to spread healthy olive culture across Southern Africa. Their nurseries have gotten literally millions of olive trees to growers in South Africa, as well as neighboring Namibia and Zimbabwe, essentially kick-starting olive oil production throughout the region. Following Bertrand’s lead, there are about 20 different brands of extra-virgin olive oil now being produced in South Africa, and more are likely on the way. All of which leads me to believe that olives could mean to southern Africa in the 21st century what coffee has been for South and Central America in the late 19th and early 20th centuries. Giulio Bertrand passed away in 2018, but his daughter Federica is continuing on with his work. She now leads what is probably the most progressive women-owned olive oil company on the continent.

The Morgenster olive oil itself is the main point here. The flavor is splendid. Florence Fabricant, writing in the Times, says it’s “richly herbaceous on the palate, with notes of pepper and pleasing bitterness.” Morgenster olive oil is meaningfully forward without at all being over the top; it’s got some lovely, aromatically intense bit of artichoke, that great green-grassiness, and a fine touch of pepper in the finish. Terrific for simple pastas, on bruschetta, salad, broiled fish, or, for that matter, probably just about anything!

Read more about our other oils!

> PICK UP A BOTTLE OF MORGENSTER AT THE DELI!