Amazing arrival from the island of Antiparos 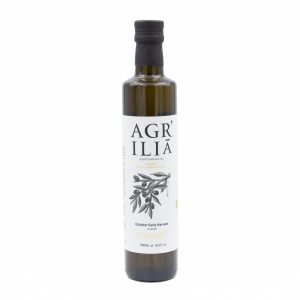 I’m sitting here, in Ann Arbor, watching snow fall. The forecast for every day this week looks to be gray and in the low 30s, which is certainly, I know, better than the 3°F-below that it could be. Most of us will not be heading to warmer climes this winter. But, in a flight of food fantasy, come with me for a few minutes to a small island in the Aegean. On the map, Antiparos looks to be about half way by boat to every major city in Asia Minor. More practically for anyone who would be going, it’s under a mile by sea to the bigger island of Paros (which, unlike Antiparos, has a commercial airport) or it’s about a three- to four-hour ferry ride from the port of Piraeus in Athens. The ancient name for Antiparos was actually Oliaros, meaning, “tree-filled mountain.” Antiparos has only about 1,200 full-time inhabitants. Tom Hanks, those in-the-know tell me, has a home there. The island has a famous cave that’s said to be home to the oldest stalagmites in Europe. There’s a 15th century castle to visit. The weather looks lovely—roughly 65°F and sunny all week; there was one day that showed rain. While we’re there we could stop by and visit the Agrilia Estate to taste olive oil.

It’s a good fantasy. That sun sure sounds good! But since, in reality, I’m going to still be sitting here in the Great Lakes gray, I can at least head over to the Deli this weekend to get some of this terrific oil. It’s new harvest (olio nuovo)—from the fall of 2020—pressed by the folks at the Agrilia Estate. We get it through friend and importer Vivianna Karamanis. The production of the oil is pretty small, but the brother of the owner happens to be friends with Vivianna’s husband—as is often the case in Greece, who you know makes all the difference. The oil is excellent, and we’ve been enjoying it at our house for the past week. While it hasn’t altered the weather outside, it’s made my mood much sunnier when I’m standing in our kitchen.

Everything about the Agrilia Estate oil is top notch. The name Agrilia means “wild olive tree,” a reference back to the ancient roots of the trees that have yielded this terrific oil. The olives are farmed by the family organically. They use the traditional Koroneiki olives—the classic small Greek variety for oil—and pick them by hand. The olives are all pressed within three hours of harvest, which contributes significantly to the quality of the oil—quicker pressing means less oxidation. The label is lovely, painted by the famous Greek artist called Pavlos Samios. It’s really unlike any other oil I can remember trying in a long time.

Nils Bohr, the physicist who also wrote wonderfully about the quiet and effective power of the dialogue process, once said, “The opposite of a correct statement is a false statement. But the opposite of a profound truth may well be another profound truth.” The Agrilia oil is evidence of Bohr’s statement; seemingly conflicting culinary truths profoundly present in a single exceptional oil. It’s a very small production, but with a very big flavor. Fruity, but almost in the tropical way. It’s sweet at the start, but bitter at the end. Gentle, but still sort of spicy. Elegant, yet eminently powerful. Light, though with a pronounced pepperiness in the finish.

You can use the Agrilia, of course, any way you like to use great olive oil. To get you thinking though, consider what in Greek is called papara—a chunk of Paesano or Rustic Italian bread from the Bakehouse, dunked into the oil with maybe a bit of herbs added to it. Or use the bread simply used to soak up the last few drops of dressing from your salad bowl. The Agrilia is wonderful on fresh fish—drizzle it on just before you serve. Or pour it on pasta with some sautéed fresh shrimp, a bit of Greek oregano, and some toasted bread crumbs on top. Very good on the barrel-aged Mt Vikos sheep and goat milk feta we get from northern Greece at the Deli, and also on the sheep milk Lesbos feta we have at the Cream Top Shop. In the morning, toast some Rustic Italian bread from the Bakehouse, pour on a bit of the Agrilia new harvest oil and then drizzle on a bit of the wildflower honey we get from Greece. The Agrilia is lovely on lightly scrambled eggs—add a bit of crumbled feta or fresh goat cheese to the eggs when they go into the pan. Cook gently. Put on a warm plate. Sprinkle with freshly ground black pepper and sea salt, and drizzle with the oil.

As many of you know, I have humility on my mind of late. Humility in Greek is “tapinotita.” The excellence of the Agrilia oil and its initial flavor made me think about humbleness. The oil is amazing, but it won’t egotistically hit you over the head with its power. Like an amazing artist or musician who still prefers to stay away from the spotlight. Lovely in spirit, unpretentious, and quietly, eminently excellent.